View Profile
Kareena Kapoor is all set to get her very own wax replica at London's Madame Tussauds! She was approached by the museum all because of her fans! 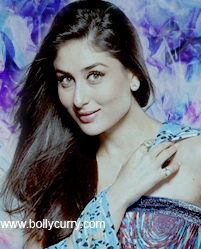 sauds to make a wax statue of their favorite leading lady and well, how could they refuse?

Kareena will join the ranks of the existing B-Town clan including biggies such as Amitabh, Aishwarya, Shah Rukh, Salman and Hrithik!

A source reveals that although her schedule is rather tight, Bebo will be traveling to London very soon to meet with the officials who will be responsible for the wax statue.

Kareena is apparently thrilled by the news; however, she does not want to give any confirmation to all the speculations before going through the formalities. After meeting the Tussauds' management, she will sit with the creative team and decide the look for the figure and then the process begins.

Well if all goes according to plans then Aishwarya will no longer be the only Bollywood actress to have her wax figure at the museum!

We're sure after reading this delightful piece of news, Bebo fans everywhere are rejoicing!

Ace of Space fame Divya Agarwal’s brother tests positive for ...
a minute ago

Hathras case: Kangana Ranaut says 'Have immense faith In UP ...
4 minutes ago