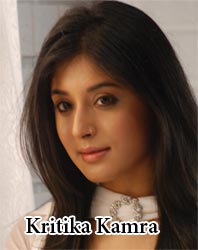 Balaji Telefilms’ Kitani Mohobbat Hai is all set for a late January or early February launch at the 10.30 pm slot, and the track will kick-off at the hill station of Mount Abu.

When asked Vikas Goopta, Creative Head, Balaji Telefilms, he says, “The initial episodes have been shot in the beautiful locales of Lonavla, Panchgani and Mount Abu”.

Talking about the concept of the show, Vikas states, “The story is very different, and it’s really tough to explain the exact concept. I can only say that it is a love story where the girl and the boy have different ideologies altogether. The story will depict the manner in which their life moves on”.

Sharing a very interesting fact with Telly Buzz is our source from the production house, “Kritika Kamra, the lead girl of the show and the Creative Head, Vikas Goopta share the same birthday. It’s not only that, they both were born at the same place and time”.

According to our source, “The four sisters in the show will be played by Kritika Kamra, new faces Sonam Mann and Pooja, and completing the quartet is Akshita who was seen playing the role of Tanu in Kahaani Ghar Ghar Ki. 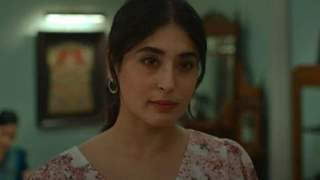 + 2
13 years ago Huh the title track is inspired from Kavyanjali!!!They are trying to make the lead pair look like Sujal and Kashish!!!!

And the story could be inspired from Taal with Hiten playing Anil Kapoor''s role!!!!

Nothing original!!!!Sounds crap to me!!!!

+ 3
13 years ago i love the title song..never knew it ws a balaji show...anyways tnx

+ 2
13 years ago wow,Main lead is so pretty! looking forward to this show!

+ 3
13 years ago the main lead is karan kundra aomething.. he looks good... they have shown him in promos...

+ 3
13 years ago is this suposed to be another KTH?
well i wonder whos the guy?

SNBR 13 years ago It is very cruel of you for not giving a lead role to Jatin Shah. He is loyal to you but the price is he is out of Kasturi.