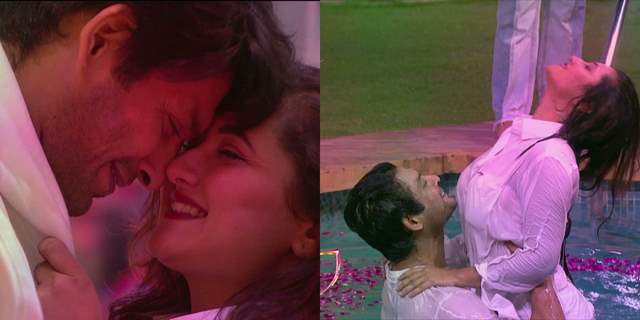 Colors Bigg Boss 13 has seen a lot of drama, action and romance in the house. One of the major topics of the house since the start has been the controversy between Sidharth Shukla and Rashami Desai. The duo who is often seen fighting in the house will be seen in a new avatar.

Sidharth Shukla and Rashami Desai's chemistry was talk of the town during their show Dil Se Dil Tak. Now, the duo is all set to create the same magic in the house. Recently, Bigg Boss announced a luxury budget task. For the same, Rashami and Sidharth had to recreate the scene from their show under the direction of Shehnaz. The duo also danced to the beats of Aye Udi Udi from Saathiya.

Watch out the steamy act in tonight's episode of Bigg Boss.

‘Sushant Could Not Sleep for 4 Nights Waiting For Sanjana to ...
37 minutes ago