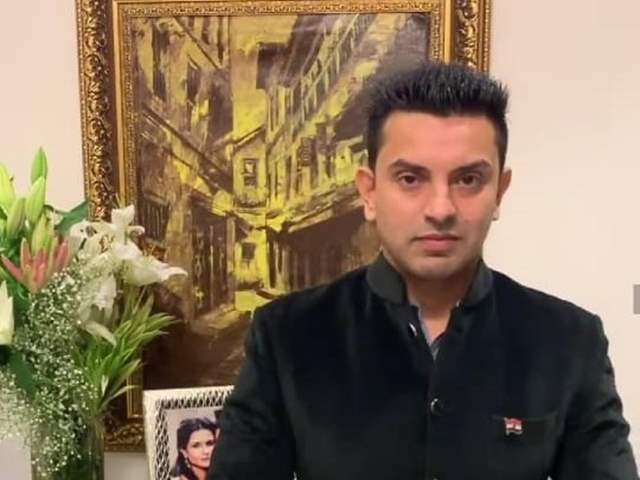 Tehseen Poonawalla, a political analyst, entrepreneur and civil right activist recently entered the house a wildcard contestant. The dynamics of the house are changing with every passing day and with this, to have a strong personality like Tehseen will definitely increase the level of intensity in the house.

In an exclusive conversation with wildcard contestant, Tehseen Poonawalla, we spoke to him about his strategy, the fights in the house and much more...

You are going to start your journey in the Bigg Boss house and you have been extremely confident. You also said that you will win the show. So what will be your strategy inside the house?

Its true that I need to win the game, whatever it will take to win I will do.

But what will be your strategy? Have you planned something?

I have no plan.

You have also said that you will make a third group in the Bigg Boss house, you know the dynamics are going to change and there are already two groups so what is your take on that? Who will be a part of the third group?

Whoever wants to go ahead will be a part of the third group. It doesn’t matter if you come with me, I will go ahead, so if they join me they will go ahead.

Apart from you, there are other wildcard contestants who will be entering the house, who do you think is the strongest among them all?

Me, 100 percent me. Only me. I am number one, two and three. There is no second and third.

I don’t think about it, because whatever the game’s strategy format is, it is. I cannot crib about the rules of the game. I don’t think that it is an advantage or a disadvantage, I had to play the game as it is.

And we’ve been seeing a lot of fights in the Bigg Boss house. Even you had an argument with Shefali. Who do you think will your first fight be with.

As far as Shefali thing is concerned, ultimately I had to save Rashami and I saved her, it doesn’t matter whether I had an argument. What I aimed for it, I got it, it doesn't matter what happens after it.

We’ve been seeing a lot of fights in the house like Rashami and Sidharth and even amongst other contestants. So how do you think you will catch the audience’s attention. Through fights, connections or through task?

I think that the only thing in this season was that the tasks weren’t complete. If I start completing the tasks, which I aim to, I think the audience will be thoroughly entertained and I think that is what the show is about.

We wish Tehseen all the best for his journey inside the house.

Anurag Vyas joins the cast of Naagin 5!
21 minutes ago

Ronnie Screwvala's advice and his influential words make him ...
37 minutes ago

Priyanka Chopra Jonas enjoys her favourite exercise with ...
3 hours ago

Sonu Sood to appear as a Special Guest on India's Best ...
3 hours ago