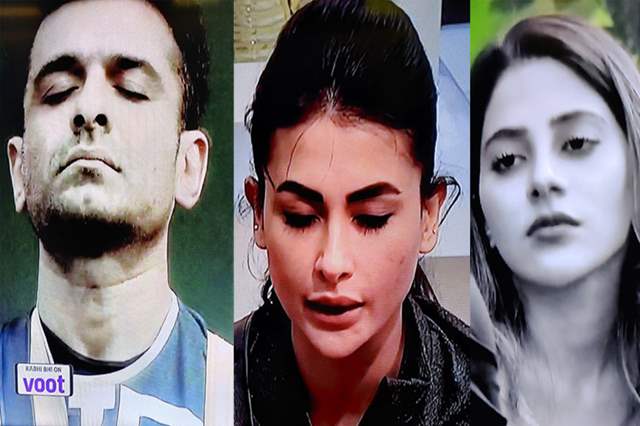 Bigg Boss 14 saw one of its most explosive episodes as of yet where the episode witnessed not one but two evictions together.

Yes! That's right. We saw how Nishant Malkhani and Kavita Kaushik got evicted from the house - the former due to a voteout from housemates and the latter due to audience's votes.

Nevertheless, tomorrow will see further developments coming in and several things happening. One of the apparent biggest shocks will come in when tomorrow, in the nomination episode, it will be seen that as captain, Eijaz Khan will be given the power to save one contestant from the ordeal. To the shock of plenty and even Jasmin Bhasin, Khan will save her. This will affect Pavitra Punia immensely where she will feel extremely betrayed by Khan and she will be seen crying too.

Tomorrow will also witness another task coming in where contestants, in pairs will be seen holding on to an oxygen mask. When Rahul Vaidya and Nikki Tamboli will be paired on it, it will be seen that their thing will turn rather ugly. This will majorly be owing to an unknown particular instance from Tamboli's end which will catch Vaidya by surprise. Vaidya will ask Tamboli to not get so ugly and dirty in her game and even cry. Furthermore, other contestants will also be seen slamming Tamboli for apparently crossing a line.

What do you think the instance will be? Leave in your comments below.

br200910 2 months ago Nishant Malkani rocks He is best n honest person always proud of u...BB is not fit for honest person.. lots of love Nishant..