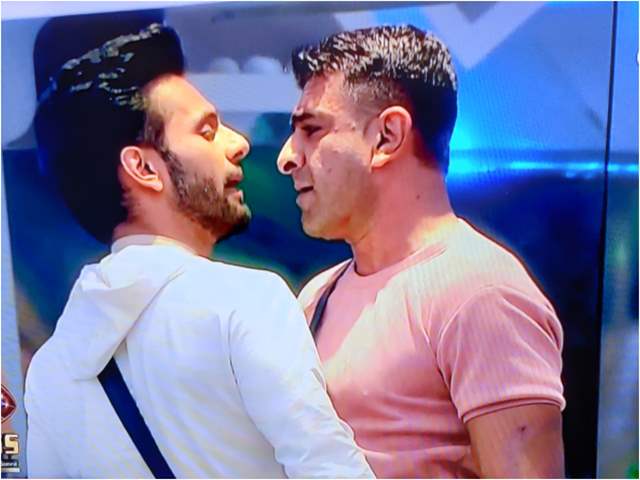 While many have known already but it is now indeed official that Abhinav Shukla has gone on to become the certain 2nd finalist of the show. As known, there are apparently only four out of the eight contestants that will be coming in the finale, now two names are sealed.

While Eijaz Khan already won that first spot, Shukla has now become the second official finalist. Tomorrow will be the last day before challengers might be introduced on Weekend Ka Vaar thus meaning the madness for many almost ends.

As shown in the precap, Rahul Vaidya and Khan will get into a major tussle which will almost be extended to a level where they will be budging each other while screaming.

Later a task will be introduced where contestants will have to name the ones they feel aren't deserving to be in the finale. While Nikki Tamboli will name Vaidya, Khan will name Jasmin Bhasin.

Who will the other two contestants be, we will have to wait and watch.