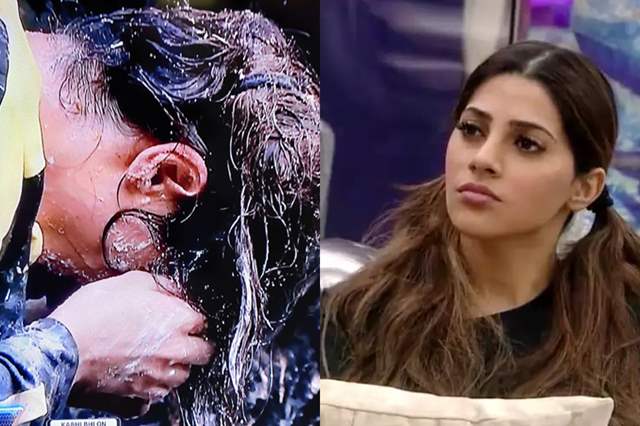 We certainly can say that Bigg Boss 14 has now begun to invite all the madness that it is usually known for. The reality show, usually known for all the fights, clashes and at times even crossing limits is all set and rolling to be witnessing this all the more soon.

Tonight's episode saw several clashes - the biggest one being between Rahul Vaidya and Pavitra Punia. However, tomorrow will be another day that will see some more surprises, and several fights too.

Now that Rubina Dilaik is an accepted contestant, she has inside the house and has the right to please Hina Khan to get her belongings from the BB Mall. However, we have already witnessed how Dilaik have had different views about the show and even had a mini clash with Bigg Boss himself - tomorrow she will be seen having a clash with the seniors, especially Hina Khan. She will argue that salwaar kameez should be considered as one item and as it will rise to other things, the seniors, then miffed will decide to not give that one item too.

Apart from that, the on-going fight related to the bathroom that begun Punia and Vaidya will transpire into more and it will continue between Punia and Nikki Tamboli tomorrow.

And finally, the fans will get to witness a classic Bigg boss moment tomorrow in the immunity task. One thing that is well remembered is how at many times, contestants are slammed with multiple things on their face and even whole body in an attempt to just have them break their patience and give up. Tamboli will be the recipient of the same tomorrow where everyone will try their best to do so and smother Tamboli with all things possible in an attempt to break her.

Which moment are you waiting for the most? Leave in your comments below.