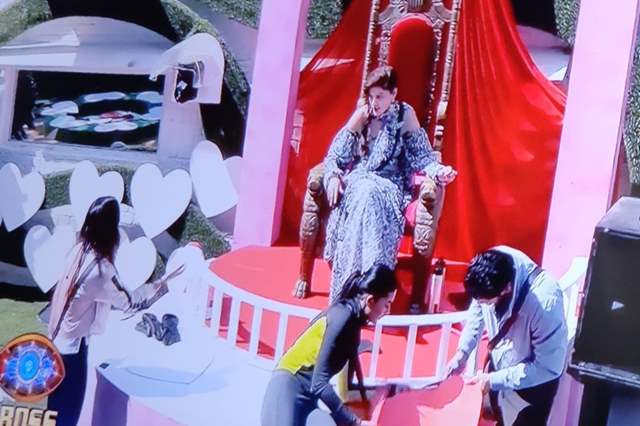 Another mediocre episode of Bigg Boss 14 passed by and except for the already anticipated Eijaz Khan-Kavita Kaushik fight, there wasn't much to it which surprised anyone else.

Once that fight was over, the already controversial captaincy task began and once again, more problems awaited.

Further issues will crop up in the captaincy task where even though we saw shades of it till now, actual violence will happen tomorrow. The viewers will witness how guys like Aly Goni, Jaan Sanu and others will literally be loading themselves right at opposite contestants with full speed to almost attack and tackle and that will lead to further problems between everyone.

However, owing to all this, it seems Bigg Boss will have enough of it. It will be confirmed by Bigg Boss that he has stopped the task mainly because of the contestants getting physical with each other to snatch and destroy those hearts which was never the purpose. Hence, he will announce that the task Red Hearts v/s Black Hearts has been cancelled.