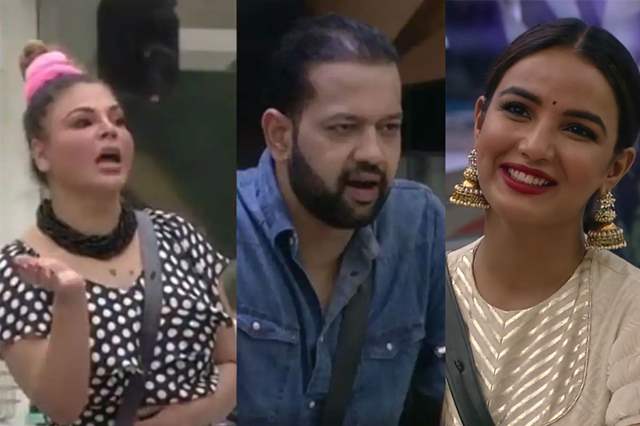 Tonight will witness multiple mega fights where one hand ye rather explosive Rakhi Sawant v/s Jasmin Bhasin will indeed be the biggest unfortunate highlight while on the other hand, Rahul Vaidya and Arshi Khan will also indulge in a war of words.

Bigg Boss is unfortunately indeed about fights but not to forget, it is also all about tasks. Captaincy Task will begin and this means, it will be the end of reign as captain for Vikas Gupta soon.

This week's captaincy task will see the house being converted into Bhoot Bangla. While Sawant will play the Bhoot named Julie, Rahul Mahajan will play the ghost's first husband.

Then apart from that, Jasmin Bhasin will play the second wife to Mahajan. The catch is that Mahajan has killed his first wife and buried her in the house where Julie's soul is still wandering in the house. Bhasin keeps asking for gold from the guests. Mahajan and Bhasin can send the guest outside the bangla and if the guest outside wants to come into the bangla, they will have to give gold to Sawant in return.

The task is to win maximums number of gold coins and the contestants with maximum number of the same will be Captaincy contenders in the end.

It does seem an interesting task, isn't it?