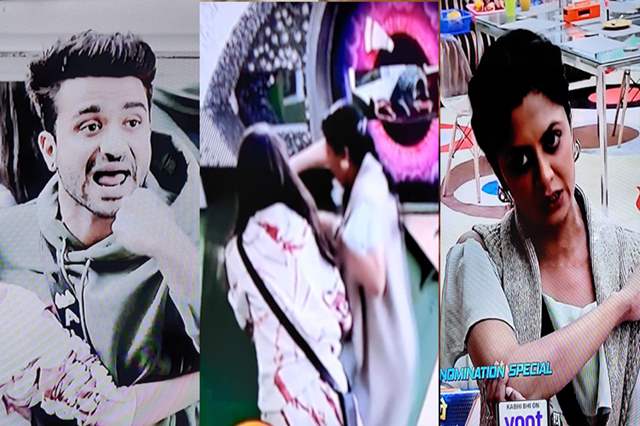 Bigg Boss 14 witnessed the nomination special episode tonight where it was actually rather boring on the whole even though the whole 'tota' gimmick was put in to have some entertainment quotient coming in. But apart from the shocker that Kavita Kaushik saved Eijaz Khan, the episode was actually rather bland.

Nevertheless, tomorrow will be a new day where a lot will be happening.

We have already witnessed how Aly Goni and Eijaz Khan broke rules by getting an Appy Fizz fom the little machine and that was further repeated by Goni and Abhinav Shukla later. This will seemingly come into notice for to Kaushik, who is the captain of the house and will obviously need to act on it. This will lead to a massive clash between Goni and Kaushik again. This will lead to Goni losing his absolute cool and bashing and smashing things here and there.

On that note, when Goni will be kicking a garbage can. Bigg Boss will be announcing about how rules have been broken and Kaushik will only try to act on it.

With Kaushik getting injured and Goni refusing to control his rage, the former will ask Bigg Boss to act on it and have Goni evicted from the house.