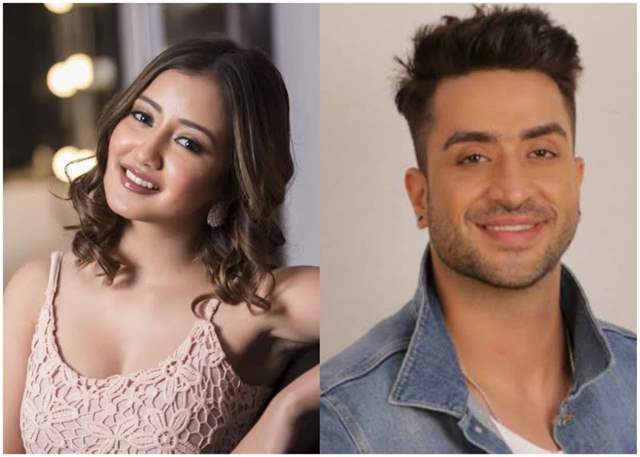 Ex Bigg Boss contestant Roshmmi Banik, who was part of Bigg Boss 12, has been making sure to follow this season. While she loves the game of many contestants in the house, she has a clear favourite! Yes, it is none other than actor Aly Goni. “Aly, Eijaz, and Rahul have chances of winning and I feel Aly has the most chances because he is a very good person, though even Rahul and Eijaz are, Aly has something different in him. I felt he is more relatable and straightforward. He says whatever it is, be it wrong or right. He will stay in his limits and speak. I think he has stronger chances to win and he is winning hearts every day,” she says.

In fact, Roshmmi is a big fan of Aly and Jasmin Bhasin’s love story. “It is so cute, their love story is so cute, it is so genuine. They met in a show, they started knowing each other from that show, they became friends and I think they liked each other deep down is what I feel and I think that they both wanted to be sure and that's the reason they were taking time, they did not want to bind each other into any commitment. They wanted to be free, live their lives, observe each other, keep unfolding every shade of each other's characteristics. I feel it is very cute,” she says, adding, “The way they act for each other as a shield, it is amazing. When Jasmin's parents told her to play alone, I feel Aly got a bit upset but Aly should know that whenever he is out of the Bigg Boss house I think Jasmin's father might do Bhangra and say, ‘Betaji I won't find a better son-in-law than you in the whole world.’ I really hope they get married really soon and I really wish each and every passing day their love just keeps growing. I love them both especially after seeing them love each other who loves, understands and respects each other makes me fall in love with them even more.”

Seeing Aly and Jasmin split during her eviction was heartbreaking, says Roshmmi. "Oh my god! I was crying for more than half an hour when he was crying and I still get tears in my eyes when I visualize that scene when Aly and Jasmin both were crying. I felt like going there and giving them a hug.”

Ask her if she would like to go into the house again, and she says, “Of course! why not! that show has given me so much. I mean I would be very honest as when I joined this show, I was not a part of this industry. I was very naïve. I didn't know how it works and with the person with whom I went in, I was annoyed with her. I don't know at that time if I could speak against my Jodi or not because already the entire house was against her, so I thought if I would be against her too, people would have said that we don't mingle well. I am a very straightforward person, I do what I feel like and I never played with strategies due to which I feel I couldn't play well so if given a chance again then probably I'll make up for it.''

It would be fun to watch her back in the show sometime again!