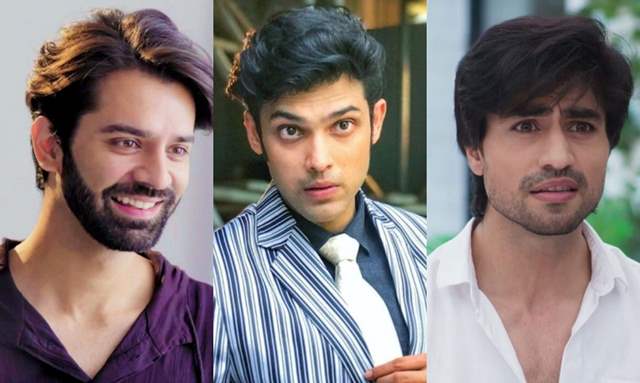 Kasautii Zindagii Kay seems to be in the news for a while now, however, as it turns out, this time, it isn't for very happy reasons. As it turns out, Parth Samthaan might be quitting the show in order to focus on his health and also on other projects. While these are mere speculations right now, the actor did recover from COVID-19 recently and chances are these reports are true.

While we are sure that fans of the actor, as well as the show, won't be very pleased about this, it does mean that we will be seeing a new actor take on the role of Parth as Anurag while also see a new pair, with Erica Fernandes, or someone else, since reports suggest that she might be quitting the show as well. We decided to list out 5 probable actors who we think could do justice to the role and here's listing them down for you.

We have all been waiting to see Harshad back on the screens for a while now and we really don't think there could be anything better than this right now. We have already seen the actor don a similar role in a similar setting earlier, and we think this might be a great pick for him!

A little different from what we might expect, and yet, Barun might fit the bill well too. The actor has played grey shades extremely well, and we have seen his transition from angry young man to a romantic at heart, but here, we'll see him be both at the same time, and it might be an interesting watch.

When reports about who will be Mr. Bajaj first came, Wahi topped that list. While he might have seemed too young to play the role, we think he would do Mr. Basu really well. He has this persona that sets himself apart for more reasons than one and we could all use it, isn't it?

Yet another different pick for this one, it is safe to say that here, it is out of the sheer idea of how would he look with Erica on the screen that led us to add him to the list. While we would love to see him in the role that is of Anurag Basu, the pairing is what is also the cause of our excitement here.

And finally, yet another not so regular pick, we have Zain. The actor has immense acting prowess and we feel that he has not been seen just enough for the audiences to explore his skills. If he is given a chance, this role might be the perfect fit for and we are sure he would ace this one as well. Also, if it happens to be with a fresh co-star, he'll manage to make it a hit jodi once again.

Who do you think could play the role? Drop your comments in the section below.

CutiepieHarshad 16 days ago LOL..Harshad's talent is very far from this circus.

BeyondHorizon 18 days ago Harshad Chopda doing this shit show? Hell NO! I still wonder what made Parth do it given he had played a character like Manik before. Feels like a demotion - from Manik to Anurag. Just end this show plz!

Keerthi.02 21 days ago No !!! Not Barun or Harshad or Zain. It would have made sense if atleast for Bajaj character. Anybody can play anurag's character.

Niki_NS 22 days ago Anyone else can be cast in this character, but not Barun . Barun deserves his own show, not picking up other people's scraps ...

moosewithagoose 1 months ago Lol...Harshad will never be part of this even if offered million dollars. He deserves better.

zee112 1 months ago All these actors are talented, they deserve a better show than KZK2.

TrustYourSelf 1 months ago Missing Harshad Chopda on-screen ... but I do not want him in this show, he is deserve bitter show n good storyline

frenz4u 1 months ago Is this show a joke??? Komolika, Bajaj and now Anurag changing? Next Prerna will be replacing i guess.... Hope none of the mentioned actors come as replacement....they all deserve better than this show!!!

Regina.BS 1 months ago Of course, Barun Sobti could be the best performer of the role.