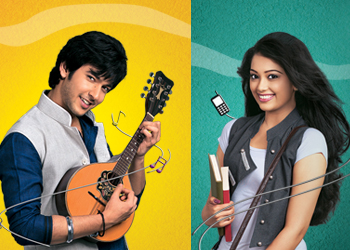 The great victory of Ratan as becoming the Sarpanch of Pritampura in Beyond Dreams' popular show Veera on Star Plus, is not being tolerated by Baldev (Vishal Vashishtha) who tried all possible ways to defeat Ratan (Sneha Wagh) to become the sarpanch of the village.

Now, as Baldev is unhappy to see Ratan winning in the elections, he will now try to foil her plans by creating trouble for her.
Our source says, "Ratan will work towards women empowerment of the village, according to which she will gather all the village women to make phulkari suits but later everybody will notice that all the prepared suits have been destroyed by the rats. There is little time left for them to hand over the consignment of the dresses to the businessman. Later, Veera (Digangana Suryavanshi) learns that it was Baldev's, mind behind this incident."
Our source further adds, "Bansiri too is planning to divide the village women with Ratan to spoil Ratan's good image as a Sarpanch."
It seems tough times are waiting ahead for Ratan! Will Veera take a revenge from Baldev? Will Baldev and Bansiri succeed in their plans? The forthcoming tracks of the show will unearth the answers to these questions.
Anwesha Kamal

6 years ago Vishal Vashishtha..you are an amazing actor!!so much so that I've shifted my loyalties after the leap :-P Keep rocking Baldev :-D

+ 3
6 years ago Vishal Vashishtha you're a cutie:) Keep rocking as Baldev!!

6 years ago Vishal Vashishtha - You Are Truly Rocking as Baldev Singh ... Love the different shades that you are portraying as Baldev which shows that you are such a Phenomenal, Outstanding, Versatile & Finest Actor in Indian TV ... Love you Vishal & Keep Rocking, Keep Shining & Keep Up The Great Work :)

+ 3
6 years ago Love you Vishal Vashishtha!! You're an awesome human being and a fab actor:)

+ 2
6 years ago Vishal Vashishta is damn handsome and rockin'

6 years ago Vishal Vashishtha, you are a brilliant actor. Keep up the good work. Baldev Rocks