Ratna Sinha’s Babul Ka Aangann Chootey Naa, the show that was talked about being different from the old saas-bahu drama, being about a girl torn between the dilemma of whom to give more priority, her family or her husband’s family will now add a thriller element to the story line. 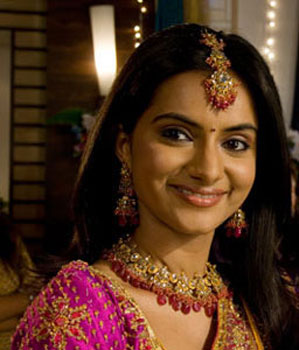 Featured Video
According to the recent promos shown, the story will take a new twist wherein the protagonist Aastha, played by Aastha Choudhury will start hallucinating and rather witness strange things happening around her.


When contacted, Ratna Sinha had this to say about the mystery that will change Aastha's life from April 14th. “There has been a trap set for Aastha in which she has fallen, and there is a big reason behind Aastha getting married into such a rich family without facing any opposition from the groom’s family members.” Does this mean Shubh is part of the conspiracy too? “Well yes, to a certain extent. There is a reason why Aastha has come into the family. Shubh is part of the whole plan, but he is not aware of the entire scenario. He is also kept in the dark,” replies Ratna. She adds in to say, "But Shubh loves Aastha for sure".

The mystery will get bigger with the arrival of a parallel lead, and news is that Ratna Sinha is on a lookout for the actor to play this pivotal role.

The buzz around was that big names like Iqbal Khan and Chetan Hansraj were being considered for the same. So who has been finalized among the two? Ratna Sinha quips, “Yes I am looking out for a parallel lead. This new character will be someone related to the past of one in the Ranawat family. His entry will not only open up avenues for a love triangle, but I can say that there will be lots of complication in the love story”. She further adds, “Initially Iqbal Khan and Chetan Hansraj were roped in for the role, but they could not make it. Varun Badola was almost finalized, but as he is busy with his directing, he could not give us dates. We are still on a lookout for the face of the character.”

Get to see the mystery unfold in Babul Ka Aangann Chootey Naa from April 14th..!!

14 years ago wow thats going to suck if their jodi breaks! they're sooo cute together! hopefully it takes them awhile to actually find the parallel lead cuz i dont want astha and shubh's relationship to break that quick!

+ 3
14 years ago Aww how I wish IQ or Chetan come back to sony...hmmm anyway interesting twist..let's see wht happens.. I like this show. I like Astha and Shubh

14 years ago it does sound interesting.. but eventually it will become the same as others ...shub leaving ashtha 'coz of asthas misunderstanding that shub knew everything which he actually didnt.. her getting closer to the other lead person.. etc etc