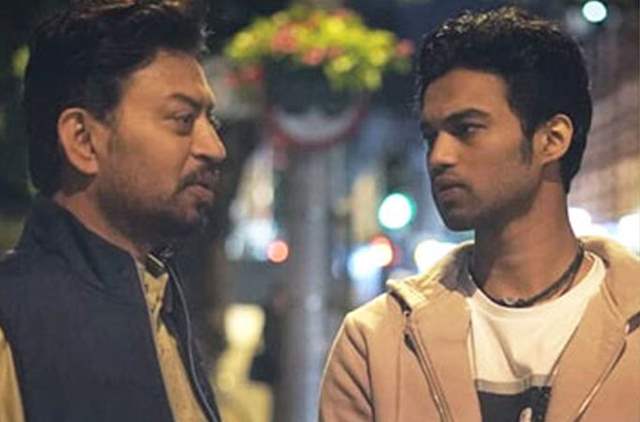 Babil Khan, the son of late actor Irrfan Khan is an avid social media user and often shares pictures with little notes on his Instagram.

This time, Babil penned an emotional note as he misses his father, who died in April this year, after a two-year battle with neuroendocrine tumour. Sharing a series of monochromatic pictures, he wrote: “I’m working Baba. You pushed through demons, up in your feelings, no one gets it, no? I’d give every cell in my presence to remember your skin, My spinal cord will rotate and my soul can implode, in a search to feel you close, I wish I would have known how it feels to end, so I can begin."

Babil also added a prayer for the farmers who are protesting in India as he wrote: “Why are you surprised? It’s the job of the Politician to choose to lie, and when I’m bleeding, I know, sleep is just death being shy. I pray for you, our farmers, in our self-illusiveness we thought we were better, I hope we can surrender. I hope we find a way. I miss you India."

He added a disclaimer in the end which read: ' (No political comments please, this is not a political expression)."

Lately, Babil has been sharing throwback pictures of his father Irrfan Khan. Few days ago, he shared a photo of the two of them and wrote, “I slept for 14 hours and I didn’t want to wake up cause I was dreaming about you. Waking up is the worst, I hate realising everyday that you’re gone. You didn’t say anything, we just laughed. (He’s playing the OG ‘bounce’).”

Babil also received backlash after he came out in support of filmmaker Anurag Kashyap, who has been accused of sexual misconduct by actor Payal Ghosh. He was trolled, saying that Irrfan would be ashamed of him for taking such a stand.

In an Instagram post, Babil had slammed those who claimed to ‘know my father better than me’.

Meanwhile, Anurag has denied all allegations of sexual misconduct and said that he will take legal recourse.