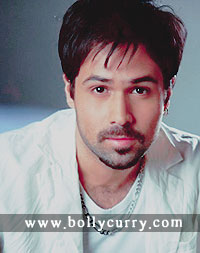 t the actor says such functions are like a 'circus' and prefers audience acclaim any day.

'These award ceremonies really don't make a difference to me. I have got my acclaim and awards from the audience... I don't really see that (award functions) as something I ever really believed it. I generally don't approve of these nominations,' Emraan told IANS.

Set primarily in 1970s Mumbai, 'Once Upon A Time in Mumbai' captures the changing face of the Mumbai underworld seen through the eyes of a police officer.

Directed by Milan Luthria, the crime thriller follows the rise of Sultan (Ajay Devgn) and his eventual fall when his protege Shoaib (Emraan) challenges his supremacy and usurps power to rule the murky underbelly of the city.

While Emraan was nominated at both the Star Screen Awards and the Apsara Awards, he did not bag a prize for his performance. Emraan has won an award for his work in 'Murder' at the 2005 Stardust Awards.