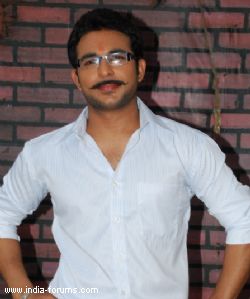 Harish Verma aka Avtaar of Colors' Na Aana Is Desh Laado, has been missing  from the screen for a while as he was shown being sent to South Africa by Ammaji (Meghna Malik).

TellyBuzz contacted Harish, and he shared the reason for his temporary exit from the show, "I was actually off to Punjab to complete my movie Yaar Annumulle. I am playing the lead role in the movie with Arya Babbar and Yuvi Hans (Son of Hans Raj Hans)."

The latest we hear is that Harish is returning to the show.

When TellyBuzz raised the question, Harish said, "I am returning to the show. Avtaar was sent abroad as Ammaji felt that he will be an obstacle for the wedding. But now after all that has happened, Ammaji will call Avtaar back to India."

We also hear that Avtaar will bring with him certain revelations related to Bhanupratap (Aman Verma).

Harish has already resumed his shoot and his entry will be shown next week...

Let's wait to know more on the vital clues that Ammaji has gathered against Bhanupratap...

9 years ago what about chachi ? she went to vaisno devi but has she become a saint there ? why this long disappearance ? has she left the show ? or do they want to show chachi in a brand new avtar & do a lot of drama with that ? may be chachi will return as a daku. ho ho.

9 years ago Welcome back

Thought Avtar would follow in his mother's foot steps and dissappear into thin air!

11 years ago i dont understand when he was alive no one cared about him and now he is gone evryone is going all ga ga over him?

11 years ago who cares about her she couldnt take some time out to go to his memorial its a one in a life time thing shes making india have a bad name shame on her dont like her anyways! Hmph i wonder if she dies whos gonna go to her memorial

+ 4
11 years ago she already had commitments .. she cant throw away all those for mj . he's not god. just the king of pop. chill people.

11 years ago she looks awesome with imran....just saw this romantic number with them from luck.