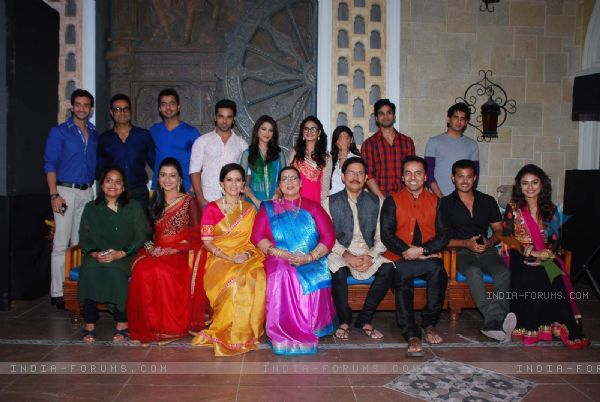 Zee TV's new family saga Tum Hi Ho Bandhu Sakha Tumhi is quite entertaining and has a nice concept where the makers are showing beautiful bond in a joint family.

Well the show has started with Bhushan (Neil Bhatt) and Shreya's (Dimple Jhangiani) marriage functions. But as shown in previous episodes, due to roads being blocked, Baraat is unable to reach to the venue. So, Dadi came up with a solution of arranging the marriage ceremony on the road.

What will happen next?

Shreya and Bhusan will get married after lots of drama and everyone in both the families will be happy. They will soon leave for their honeymoon and Pethawala family will start preparing for another alliance.

They will start finding a guy for Avni, being sure that no guy can reject Avni as she has all the quality of becoming an idol wife and daughter in law. Pethawal family will plan to call the guy's family to meet their daughter at the earliest possible. Unfortunately after meeting Avni, the guy will reject her. The reason for the rejection will be that he is a modern guy and doesn't want a traditional girl like Avni. Avni will be shattered after getting rejected."

Will Pethawal family get the desired groom for Avni?

+ 5
7 years ago Dimple jhangiani is playing avni's charcter not Sherya. Hope dimple is opposite to mohit malhotra. They made a good pair.

+ 5
7 years ago Dimple jhangiani is doing an excellent job as avni. Hope she is paired opposite to mohit malhotra