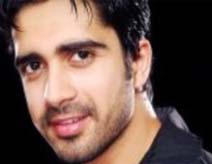 It is not uncommon for male actors to take a little help from the make-up artist to make their lips look sensual. But for Avinash Sachdev, Dev of Zee's Choti Bahu, the problem is the other way around.

He has had make-up artists working on him to tone down his lip color! Says our source, "Avinash  has been constantly receiving fan mails and requests from fans to avoid using lipstick onscreen, as his lips appear rose in color.  But what the fans have not realized is that it is Avinash's natural lip color, and he cannot do anything with it. However the creative team  has now decided to abide to the fans' requests".

So what is the solution they have cooked up? According to our source, "The creative team has asked the make-up artist to tone down the actor's lip color using some muted shades of lipstick".

However, according to Avinash, their efforts don't seem to create a change in his lip color. He says, "The makeup artist is trying his best, but it doesn't seem to be working!"

Well, what can we say? An actor's life is not so rosy after all!

seema12345 1 years ago Hey Avinash Sachdev how are you??
Waiting for your new show

Jassi01 11 years ago Hmm.. I thought he uses lipstic that is too bright for a guy... but yeah I hope the makeup artists figure out something..cuz not all the viewers know that this is his natural colour

Sudesh09 11 years ago Very attractive lips, no need for cosmetics

Bigg Boss 14: Abhinav Shukla tells a terrifying story of getting ...