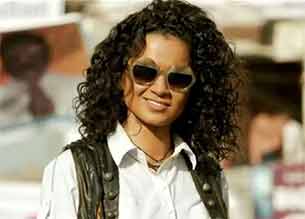 Actress Kangana Ranaut, who has been critically acclaimed for her performance in "Queen", however says she is not interested in awards as attending awards is an expensive affair.

"These days there are so many awards...and we have to sit there for five to six hours. To attend the awards, we have to do make up, hair style... bahut mehenga padta hai (its an expensive affair)...I am not saying awards are not genuine. I have received awards for 'Gangster', 'Fashion'...

"These days, there are so many awards... its like you are giving awards just to make everyone happy," Kangna told reporters during the press conference of "Revolver Rani" here Thursday.

The actress, who is playing the protagnist in "Revolver Rani", says this is the most difficult role she has ever played.

"This is my most difficult role so far. In this film I do my first murder at 7. Playing this role was not easy," she said.