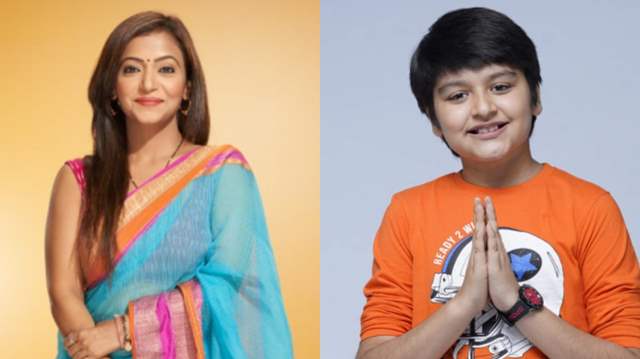 Sony SAB’s Wagle Ki Duniya has been a comfort show for viewers and has been adored for its relatable narrative. The cult classic’s new rendition has been equally loved by audiences, as they witness the daily life of a middle-class family and its ups and downs.

Having the key to a house, a key to the heart, a mother-in-law passing on the key to the safe to her new daughter-in-law is all symbolic of so many sentiments. It symbolizes trust, responsibility, success, power and more. In the upcoming episodes of Wagle Ki Duniya, we see how little Atharva understands the value of having the key to the house, when he finds himself waiting for long outside the house for someone to reach home and open the door. He then demands to have a set of house keys for himself just like they all do. While his parents hesitate to hand him the keys, Vandana decides to put to test all that she read from her modern parenting book.

Vandana puts forth a condition to Atharva, stating that he would have to earn the key for himself, and to do that he has to prove himself worthy of it by doing five acts of responsibility. While on this mission, Atharva is faced with choices of getting his ways with these responsibilities through lies and deceit, but he chooses not to. He ultimately does not manage to complete the responsibilities and awaits a punishment. But to his surprise, Vandana has something else in store for him.

Will Atharva prove himself worthy of having his own set of keys to the house?

Pariva Pranati essaying the role of Vandana said, “Parenting isn’t an easy task, kids can be unreasonable and throw tantrums for a lot of things but smartly teaching them the value while giving them those things is a huge responsibility on our shoulders as parents. Vandana as a mother doesn’t scold Atharva for his mindless demands, but she reasons out with him in a way that he always learns a valuable lesson. Growing up as a responsible individual is the first lesson that she wishes to teach her son.”