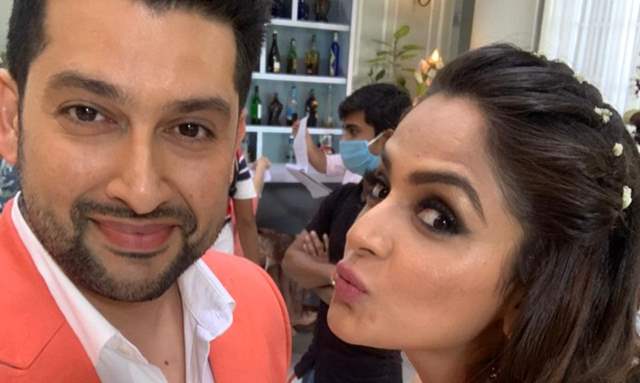 After the phenomenal success of the first season of Poison, ZEE5 has been gearing up for its second season which premiered on 16th October 2020. The series has more action, deceit and vengeance as compared to the first season and promises the viewers an edge of the couch experience.

Speaking about her experience of working with actor Aftab Shivdasani, Asmita Sood says:

“It was blissful working with Aftab Shivdasani. He was the senior-most actor on the set and still real, down to earth and super humble. He did not have any air about himself, he is very easy and approachable. The character that I was essaying - Hina was in love with Aditya (Aftab's character) and hence more than 90% of Hina's screen time is with Aditya. She plays a pivotal role in helping Aditya accomplish his mission in the season.”

She adds, “The fun and energy he brings on the sets are unparalleled. He was like an energy bomb on the sets and used to address me as 'Instagram Queen'. He finds me being a social media freak very amusing. I believe he has done a brilliant job in the show and essayed a character which has shades of grey for the first time.”

Furthermore, Asmita shares that Aftab played pranks on set and went on to share one such hilarious incident from the sets of Poison 2.

”I remember an incident pre-covid when we were shooting in Goa - it was Taher Shabbir, me and Aftab in a particular scene. We had some time before the shot and I was sitting on a pool table, requesting my assistant to click pictures so that I may post them on social media later. These guys noticed it and decided to play a prank. Aftab came to me in a serious mood and asked me whether I know that we are not supposed to post pictures as the production team has run into some issues with the location team and anybody posting pictures on the set will be penalized. I was shocked at this and immediately responded that I was not aware of the same. However, Taher also joined Aftab and they said that my pictures have been noticed by the location owners and they are going to heavily penalise me. I was also unhappy to delete the pictures as I had got around 6k likes on the same but reluctantly did it as Aftab and Taher were continuously scaring me. The entire day I was on a guilt trip that I should not have clicked without taking permission from the production.”

However, later when Asmita went to the Executive Producer to narrate whatever had happened, she realised that Taher and Aftab might be playing a prank with her. “Upon confronting, Taher agreed but Aftab still did not agree and kept on holding his ground until we all burst out laughing.”