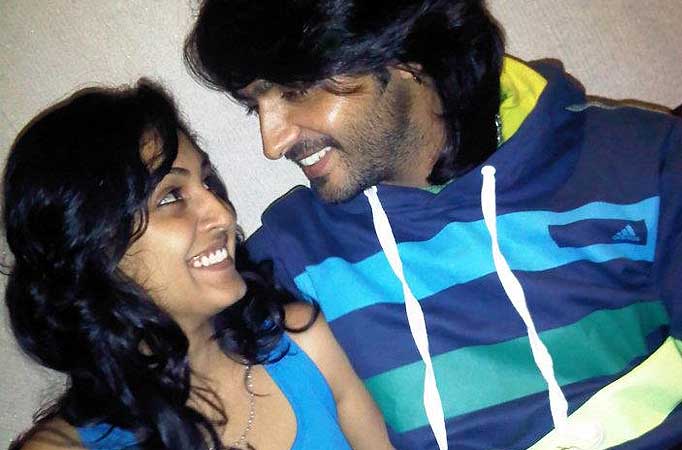 Good looking and consistent performer Ashish Sharma will show his romantic avatar this weekend on reality show Jhalak Dikhhlaa Jaa Season 7 on Colors. Yes you heard it right! The television heartthrob will be dancing with his wife Archana Taide who has come to support him on Jhalak Dikhlaa Jaa.

According to the sources, "Four girls will be asked to woo Ashish, these girls will propose to him in different ways. One will get flowers for him while someone will bring halwa they all will ask him to get married to them but Ashish being a loyal husband will divert the topic on his wife Archana Taide. Archana has come on Jhalak to support Ashish. Manish Paul will quickly ask Ashish to sit beside her in the audience and will tell Archana to reveal some secrets of Ashish."

Tighthen your seat belts its time to know some unknown facts of Ashish from his wife Archana.

Further our sources added, "The duo Ashish and Archana will dance on the song Mera Mann Kehene Laga from the movie Nautanki Saala which will make the atmosphere soothing and happening."

Well surely an entertaining episode in the weekend!

Ashbi 6 years ago Such a good husband you are Ashish Sharma, God bless both of you.

aleyammakroy 6 years ago Looking forward to see you guys with lot of good wishes, Ashish/Archana Sharma, you are the best.

Rudyboy07 6 years ago cant wait for jdj this weekend..Ashish Sharma ..

nano12 6 years ago Looking forward to your dance with wifey...Ashish Sharma

The-Diva 6 years ago You are an amazing actor and a wonderful human being. Love you Ashish Sharma :)

Rudradev07 6 years ago Ashish Sharma you are doing fab job in Rangrasiya,God bless you Keep Rocking
Looking forward to this weekend...

Rudradewaani 6 years ago God bless both of you, waiting for your performance Ashish Sharma.