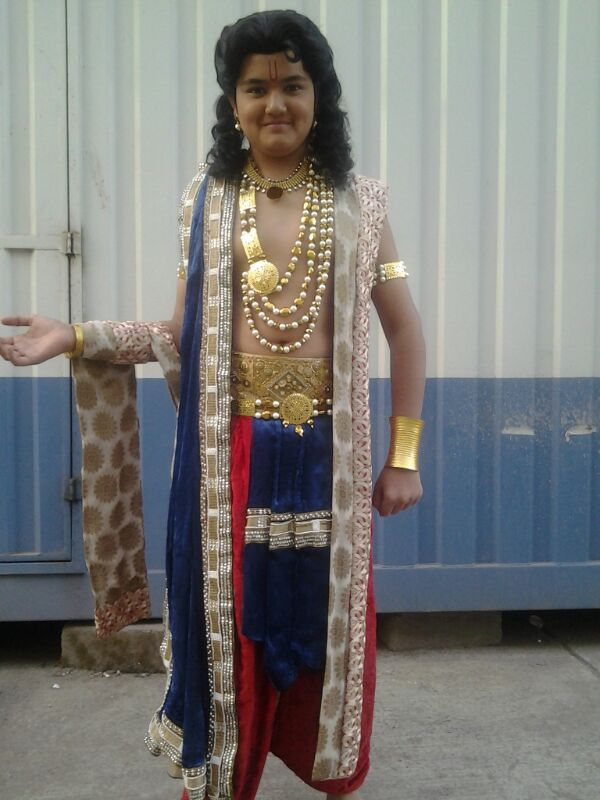 Aryan Sharma who plays Chotu in Star Plus' Diya Aur Baati Hum is all set to be seen in a different role in Nikhil Sinha's popular mythological series Devon Ke Dev. Mahadev on Life OK.

Our sourse says, "Aryan has been roped in to play the character of Manikanthan (Aiyyappa) in the show. Manikanthan is the Mohini swaroop of Lord Vishnu and ansh of Lord Shiva. He later kills Devil Mahishi. Aryan has already started shooting for the show."

When contacted Aryan, he confirmed the news saying, "It's a very different thing which I have got to play on-screen through this show. I have to fight with lions and have to use swords while fighting scenes which  is quite exciting. When I was offered the show, I immediately said a 'Yes' to them knowing about show's name only and that too when I have to play the character of a Lord in the show. I am very excited about it."

We wish Aryan all the best for his new show. Till then keep reading this space for more updates.

IshraMiNeholic 6 years ago doing gr8 job in dabh ,, now in mahadev also u do well .. all d best aryan..

Archana_dabh 6 years ago Its great for you! and u always rock as Chotu in DABH...!!

Mirzapur star Divyenndu opens up about his Journey from ...
16 minutes ago