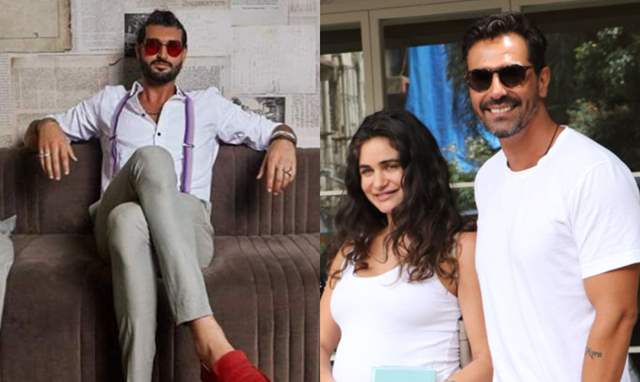 Lately, Bollywood celebrities have come under scanner after the Narcotics Control Bureau (NCB) initiated its probe in explosive drugs angle in late actor Sushant Singh Rajput's death case. Recently, Arjun Rampal’s girlfriend Gabriella Demetriades’ brother Agisialos Demetriades was arrested after the agency seized Hashish and Alprazolam tablets from him. He has been arrested in the same case as Rhea Chakraborty.

The agency reportedly made its 23rd arrest as part of its investigation on Monday.

The report also mentioned that according to the NCB officials Demetriades is an African and a close relative of a Bollywood celebrity.

"Demetriades has been arrested from a resort in Lonavala area of Mumbai. Drugs have been recovered from his possession. Alprazolam, a tablet that is banned in India was recovered during a raid at his home," an official told ANI.

The official further added that Demetriades was part of an active and "immensely large drug syndicate and supplied narcotics to the same peddlers that were selling drugs to actress Rhea Chakraborty's brother Showik Chakraborty, Anuj Keshwand Dipesh Sawant."

Agisialos' role in drug dealing came to light from the arrest of other peddlers in the case. The accused was allegedly actively supplying drugs.

For the uninitiated, Gabriella is the live-in partner of Arjun Rampal and the couple together have a son named Arik. Arjun Rampal was earlier married to Mehr Jessia and has two grown-up daughters from his first marriage namely, Mihikaa and Myra.

Meanwhile, the NCB continues to probe the on-going case after it received official communication from Enforcement Directorate (ED), in which there were various chats related to drug consumption, procurement, usage, and transportation in connection with the Sushant Singh Rajput case.