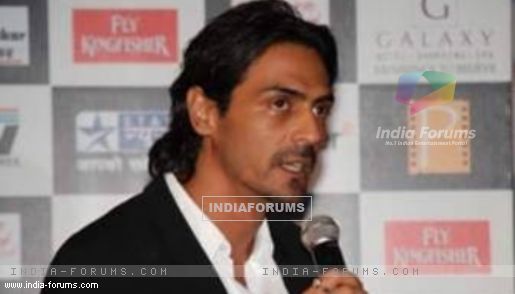 Actor Arjun Rampal, who will be seen as gangster-turned-politician Arun Gawli in the upcoming political drama "Daddy", would like to meet the latter to understand the nuances of his character.

Gaurav Bavdankar will direct "Daddy", while Mandar Dalvi will produce it.

"To portray Arun Gawli in the film, I will have to lose weight. I will definitely have to get that physicality," the 41-year-old told reporters here at the poster launch of "Daddy".

"I would like to meet him soon and would like to take his advice on what he thinks as that will help me in working hard for the film," he added.

"Daddy" will tentatively go on the floors October end as Arjun is currently shooting for "Roy".

Elaborating on the preparations for the role in "Daddy", Arjun said: "When you are bestowed with such a responsibility to portray such a role, you have to delve deeply into it. You have to understand that person, his personality and everything so that you are able to do justification to the character on the screen."

"So, I will have to do a lot of homework for my character. I do have some information with me and I do read it," he added.