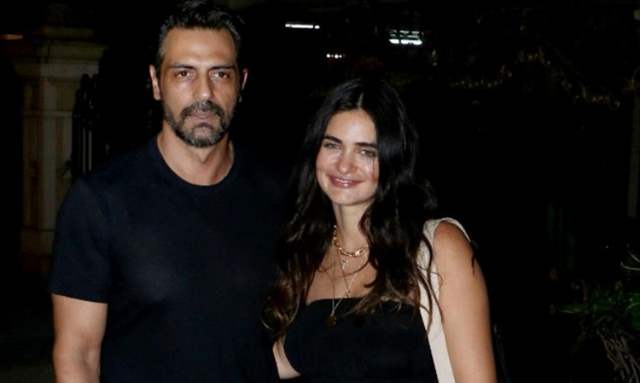 Earlier today, Gabriella was spotted outside the NCB office with her lawyer as she arrived for questioning in regards to the drugs case.

Now, a recent Times Now report, suggested that Arjun Rampal himself may face the heat of NCB as he will be questioned by the agency officials tomorrow. "Arjun Rampal's partner grilled by NCB. Arjun himself is expected to be questioned tomorrow,” mentioned the report.

The development comes after NCB conducted a raid at Arjun Rampal's houses in Mumbai and the couple was asked to appear before the agency for questioning the connection with the drug case.

Previously as per a Times Of India report, the NCB officials recovered medicines that fall under the NDPS Act from Arjun's house in Mumbai during their raid.  Sameer Wankhede, Zonal Director of the agency reportedly confirmed that medicines had been recovered. NCB officials also seized laptops, tablets, mobile phones, and other documents from Arjun's residence.

For the uninitiated, Gabriella is the live-in partner of Arjun Rampal and the couple together have a son named Arik. Arjun Rampal was earlier married to Mehr Jessia and has two grown-up daughters from his first marriage namely, Mihikaa and Myra.

Meanwhile, the NCB continues to probe the on-going case after it received official communication from Enforcement Directorate (ED), in which there were various chats related to drug consumption, procurement, usage, and transportation in connection with the Sushant Singh Rajput case.