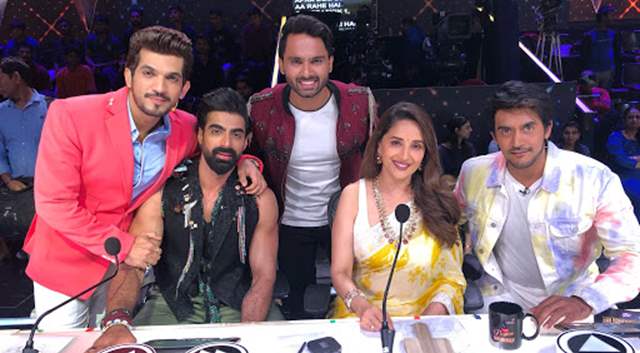 Colors Dance Deewane 2 has just started and the makers are leaving no stone unturned to make the show interesting. In the upcoming episode, the show will see a new host who will co-host with actor Arjun Bijlani.

Singer and actor Meet Jain is all set to be a part of the special episode of Dance Deewane 2. Meet will be seen playing a part of a singer and anchor Arjun Bijlani's friend. Meet will only co-host with Arjun for the coming week.

Meet Jain studied to become a Master's In Industrial Biotechnology but destiny had different plans for the young upcoming talent from Ahmedabad. He started off by winning the Idea Rocks India in 2013 which gave him the platform to perform with the one and only Mika and since then there has been no stopping. He then also went on to win a few other reality shows until he finally was seen in the very first season of The Voice. He had become so popular that after his elimination from the show he was called to host the backstage section of the show which probably happened for the first time. His story has been so inspiring that he was recently invited to speak to TEDx Chennai.

The popular dance reality show which has Madhuri Dixit, Tushar Kalia and Shashank Khaitan as its judges had Meet Jain performing in this weekend’s episode.

Meet says, “I have been a part of a popular singing show as a contestant and later as a co-host. I was elated at coming back to the sets and long shoot hours. It makes me nostalgic as well as there is an inner charm performing on the stage as it brings back so many memories.”

When approached to perform he says that he couldn’t resist, performing especially in front of his all-time favourite- Goddess of acting, dance and beauty- Madhuri Dixit,

“She is an epitome of grace and beauty, I have admired her since forever. It feels overwhelming and blessed to have sung in front of her. I enjoyed shooting every bit for the episode. Sharing laughter with tv host - Arjun Bijlani was fun as well. Truly, being on the show was a great experience,” he adds.

After Naagin, Adaa Khan and Arjun Bijlani to reunite for new project