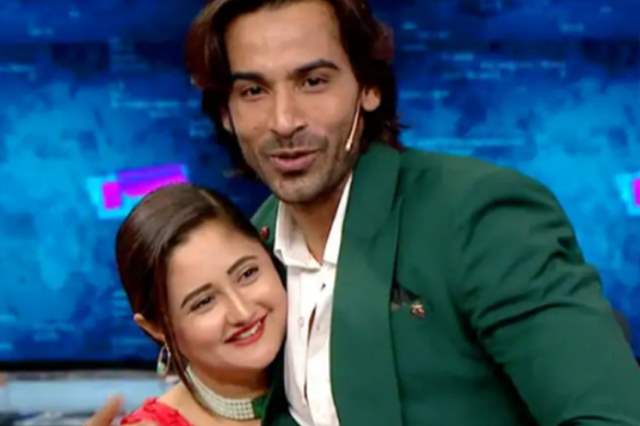 Actor Arhaan Khan's elimination from the Bigg Boss 13 house did come as a major surprise to many considering his game was going pretty strong but nevertheless, his journey has certainly ended in the show now.

Before and even during his stay in the house, what became the constant topic of conversation was his equation with actress Rashami Desai. Even though a lot was written here and there, Khan, before entering the house would continuously deny that they aren't dating each other and are certainly not in a relationship. However, it seems his stay in the house has led things to change for the actor as he recently revealed that he was willing to propose to Desai and if, given a chance, he would re-enter the house to propose to her.

In an interview, Khan revealed that Desai was his best friend and he got to know her a lot better while staying inside the house. This led his feelings towards her to change and he started to get attracted to her inside the house. He added that the gestures from her side too would have led to several changes but unfortunately, that didn't happen. As known and visibly, Desai cried a lot when he was eliminated and was leaving the house. Not only is he missing her a lot now but he said that when he gets a chance he will accept in front of everyone. He concluded confirming that if he gets a chance to go inside the house again, he would like to propose to Desai.

Rashami Desai & Arhaan Khan Slam Each Other Over Leaked Bank ...