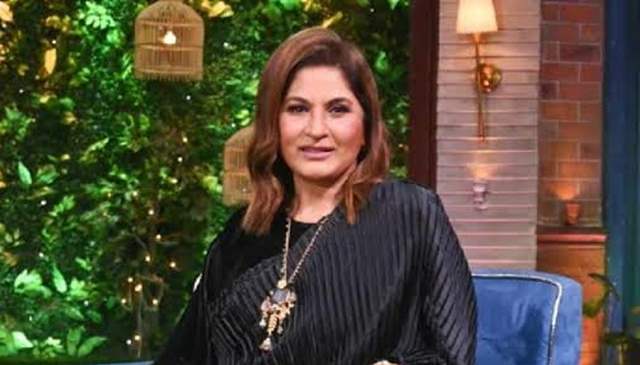 TV personality and actress Archana Puran Singh, who is now seen as a judge along with Shekhar Suman on 'India's Laughter Champion' (ILC), talked about her journey on 'The Kapil Sharma Show', why she accepted the opportunity to judge ILC, and how she finds her co-judge Shekhar Suman.

In conversation, she talked about what it is like to work with Shekhar Suman: "He's an old colleague. It's always nice to work with people who you know. I think perhaps he balances me as a judge. I'm very open and loud in my expressions and laughter while he is more controlled. Also he doesn't laugh as much or as heartily as I do. It's a good balance."

India's Laughter Champion has replaced The Kapil Sharma Show (TKSS), which has its own legacy and place in the hearts of the audience. Can ILC have the same appeal?

Singh says: "No show can replace TKSS. It is irreplaceable. Also, this show was always only meant to be on this slot for as long as TKSS is away on a break."

She added: "It has already made its place in the hearts of fans because of its unique style of stand-up and a very solid comic base of its contestants, it is very different from TKSS which has its own die hard loyal fan following which is unshakeable."

Further, as she talked about her journey on TKSS, she shared that "It's been a dream journey. I tell Kapil that for sure our relationship has to be from another life time.

"Ever since Comedy Circus began in 2017, we have been working together. And we have a bond which is tangible and intangible both. What people can see is a fun and banter kind of relationship," she said.

On the reason for saying yes to ILC, Singh told: "I am up for a comedy show or film anytime. When ILC was offered to me it did delay my long-standing holiday plans but it was too tempting to refuse, since it put me in a chair as a judge, something which I haven't done since Comedy Circus."

She said further: "I enjoy witnessing the spectacular comic stand-up talents of our country. It is a genre which is both exciting and dynamic and like I said, judging a show of this kind is a high of sorts for a comedy junkie like me."

She concluded by saying, "This is a unique show that provides a platform for budding or less established comics to launch into the next stage of their burgeoning careers."

+ 10
2 months ago I like this show, some of stand of comedians are too good.