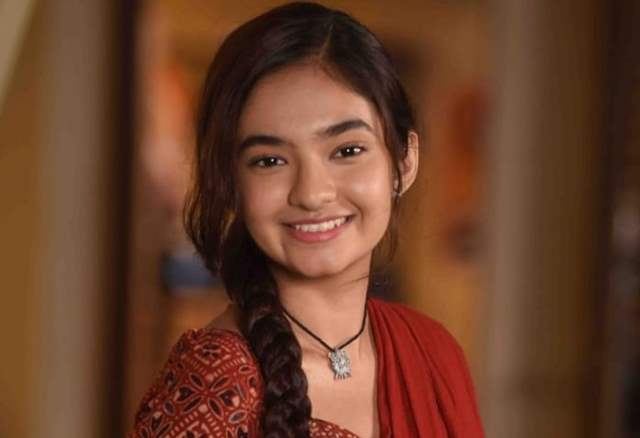 As a part of the exciting content extravaganza that Zee TV is offering its viewers in the festive month of October, the channel presented a fresh fiction offering, Apna Bhi Time Aayega recently. The show follows the inspiring narrative of a young daughter (Rani) of the head staff in an affluent family of Jaipur, who refuses to be tied down by her humble roots. The show will see her breaking free from the shackles of her background as she chooses to carve her own destiny. The family drama also debunks the deep-rooted class system and questions its unwritten rulebook of ‘aukaat’ in our society, which almost curtails the chances of the lower strata in taking charge of their destiny and rising above their means.

Popular actress and social media star Anushka Sen is seen playing the lead role of Rani in Apna Time Bhi Aayega. With the show finally launching on Zee TV and with the festivities around the corner, everyone including Anushka has been having a great time on the set. However, with the pandemic refusing to die down, all the Navratri celebration plans have to be revisited this year. But looks like Anushka had a blast playing Garba during shoot recently. The Apna Time Bhi Aayega team has collaborated with the Guddan Tumse Na Ho Payega team for a special sequence related to the festival of Navratri. For this unique episode, Anushka shot for a Garba sequence, and what better way to enjoy Navratri this year than by doing Garba on the set!

In fact, the festivities made the Apna Time Bhi Aayega actress very nostalgic. She mentioned how she will miss pandal hopping this year. She also requested people to keep the celebrations low-key while sharing her experience with the special shoot. As Anushka Sen revealed, “In the scene, I meet with all the actors of Guddan Tumse Na Ho Payega where they are enjoying the festivities of Navratri, playing Garba and dandiya. A beautiful idol of the Mata Rani is also seen in the sequence and it is important for my character too. We will be seen exchanging Prasad too. All these shots brought back all my memories of Durga Puja. Being a Bengali myself, I love the festival, and usually every year both on the set and after pack-up, I go for pandal hopping. That is followed by playing Garba with my friends. However, due to the pandemic, things are different this year. I will miss the pandal hopping, the bhog, the dandiya and Garba. And while I love Durga Puja as well as Navratri, it’s only in our best interest that we celebrate the festivities in a low-key fashion this year. We should avoid large gatherings and celebrate indoors as much as we can. I am sure the festival will spread good vibes and positivity like every year, and I wish everyone a happy and safe Durga Puja and Navratri.”

Meanwhile, as Anushka Sen enjoys playing Garba on the set during Navratri, watch her fantastic performance as Rani in Apna Time Bhi Aayega.