New Delhi, Jan 8 (IANS) The Supreme Court Tuesday sought noted Bollywood film director Sanjay Leela Bhansali's response on a plea seeking resumption of his prosecution for allegedly setting fire to the sets of his film 'Black' in 2004 to claim insurance.

A Bench of Justices C.K. Thakker and D.K. Jain issued notice to Bhansali for 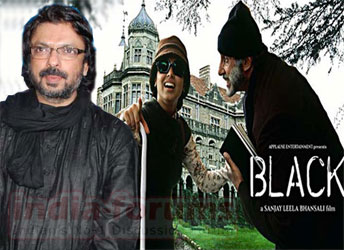 Featured Video
his response on a plea by antique dealer Farida Husseinally, who had supplied furniture for the film set.

Husseinally, who claims to have lost antique furniture made of bronze, copper and other metals worth Rs.20 million in the fire, had earlier lodged a complaint in 2006 in Borivali's magisterial court, contending that the use of LPG cylinders, which led to the fire, was a criminal offence under the provisions of law regulating the use of petroleum gas.

The Borivali magistrate had ordered investigation of the case. But Bhansali had challenged the probe before the Bombay High Court, which suspended it.

Appearing for the antique dealer, advocate Vishwnath Chaturvedi contended before the apex court bench that the director was in the habit of setting his films' sets on fire to dupe insurance companies.

He made a fervent plea to the court to order resumption of Bhansali's prosecution after setting aside the Bombay High Court order.

Chaturvedi alleged that during the shooting of the film on Feb 18, 2004, the set was deliberately set on fire to seek hefty insurance compensation.

The antique dealer alleged that on enquiry she had come to know that before the fire, Bhansali had removed all the items supplied by her from the sets.