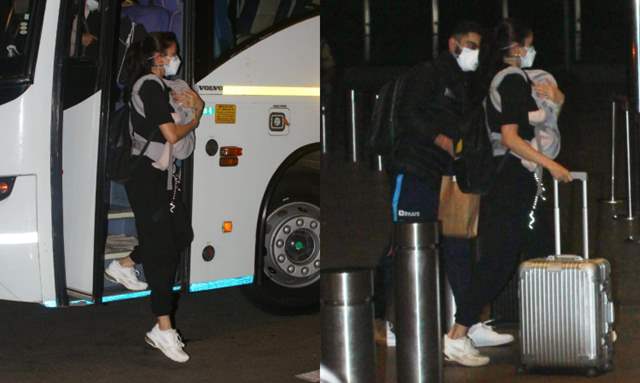 Actor Anushka Sharma and her husband Virat Kohli were spotted at Mumbai airport with her daughter Vamika as they jetted off to England on Thursday. Soon, India and New Zealand will contest in the inaugural World Test Championship (WTC) final which will take place on June 18 at the Ageas Bowl in Southampton.

Paparazzi were all set to click the adorable family as they arrived at the airport. Anushka was seen wearing black track pants paired with a black T-shirt as she held Vamika close to her in a grey baby carrier. Both Anushka and Virat were spotted with their masks on.

They arrived at the airport in a bus and not their individual cars. 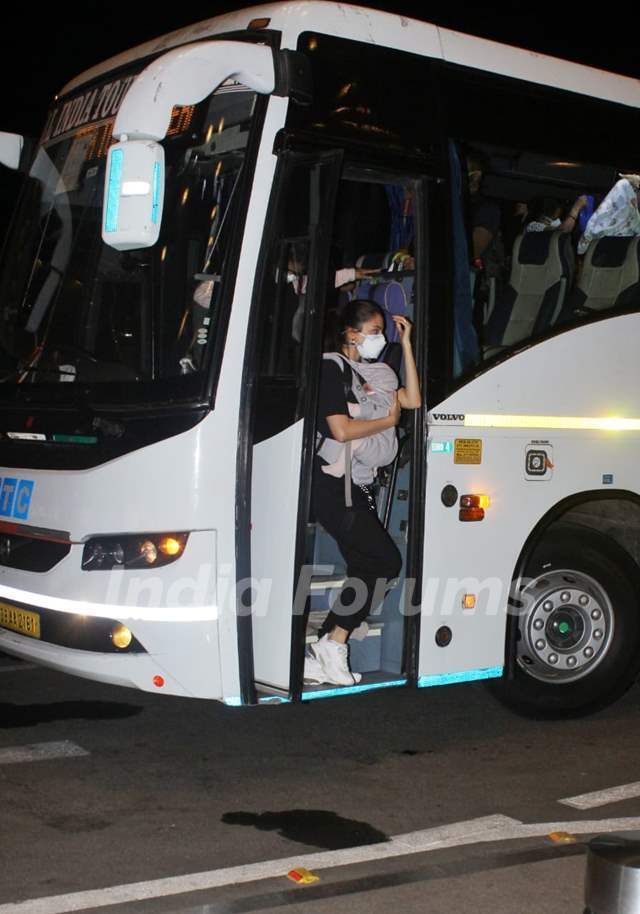 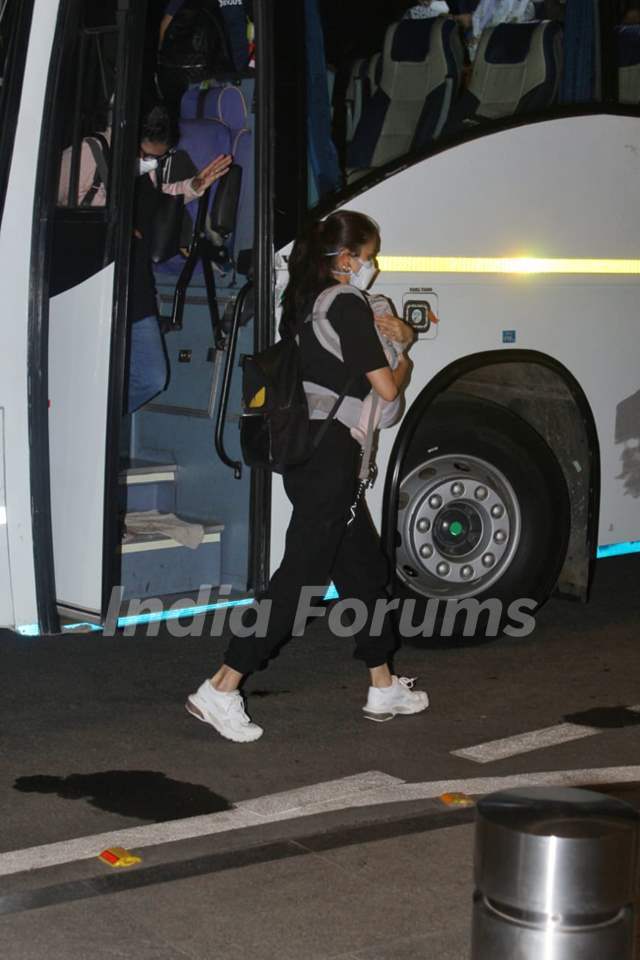 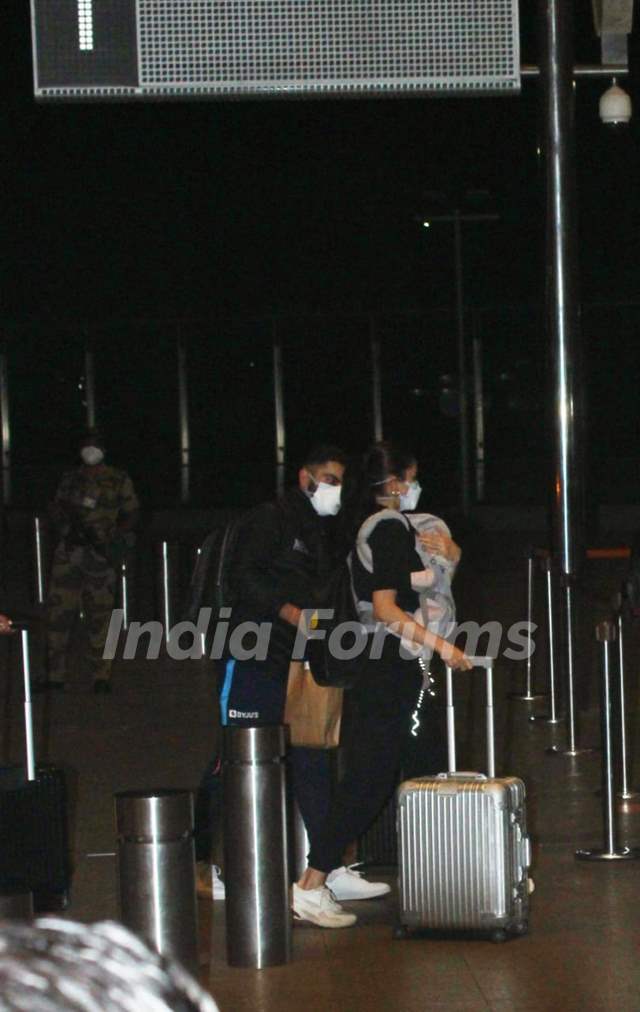 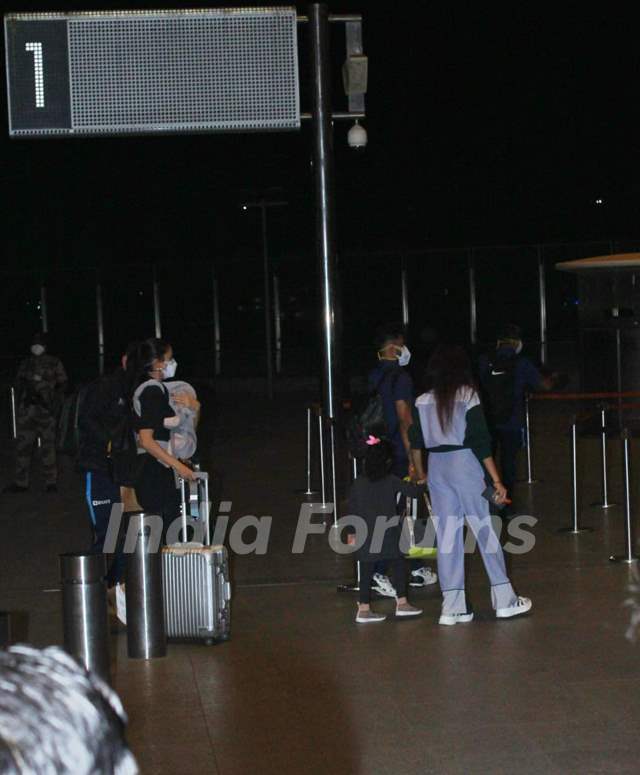 Virat Kohli and Anushka Sharma welcomed a new member in their family on January 11, 2021. The actress and her cricketer husband were blessed with a baby girl, whom they have lovingly named, Vamika.

Soon after the birth of his first child and after completing his paternity leave of a short period, Virat resumed his work and along with wife and his daughter, left for his cricket tour.