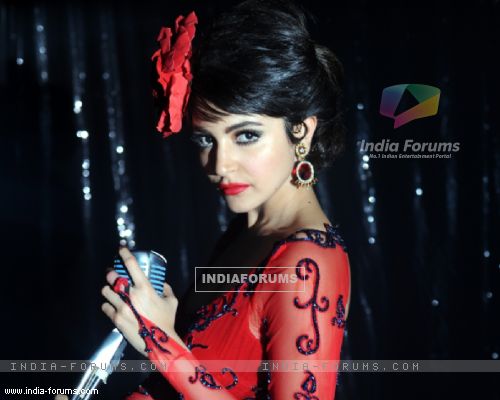 Anushka Sharma has trained rigorously with choreographer Ashley Lobo for her role in her forthcoming film Bombay Velvet as a Jazz singer.

The actress has had training for 6 long months with Ashley to get the nuances of her character precisely. He trained her in getting the body language, how to hold the mike and also on correct expressions.

It has been a long exercise for Anushka to adapt to the minutest details required her character as a jazz singer in the film. In fact, jazz plays a vital role in Anurag Kashyap's Bombay Velvet. Even the title of the film comes from the name of the jazz club 'Bombay Velvet' in the film. Anushka also put in a lot of effort and time to get the correct look for the film.

Bombay Velvet is set to hit the silver screen on 15th May.