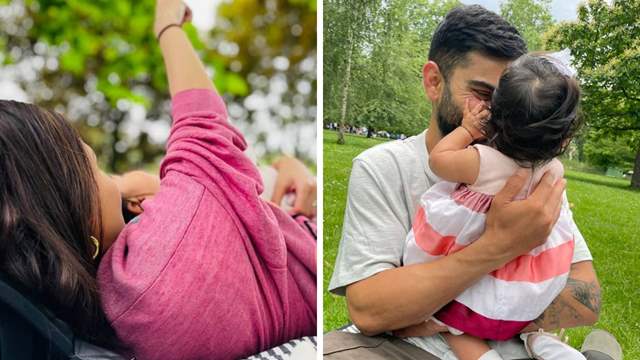 Anushka Sharma treated her fans with new pictures of her baby girl and husband Virat Kohli. The celebrity couple had welcomed their first child on January 11, 2021 and named their daughter Vamika.

“Her one smile can change our whole world around! I hope we can both live up to the love with which you look at us, little one. Happy 6 months to us three.”

In the first picture, Anushka held her little baby Vamika as they lay down in a park, whereas in the second picture, daddy Virat oozed cuteness as he enjoys some quality time with his baby girl. In other pictures, Anushka shared an adorable glimpse into Vamika’s six month birthday celebrations.

While it’s been six months since Vamika arrived, her celebrity parents have decided to take their sweet little time to introduce their babygirl to the media.