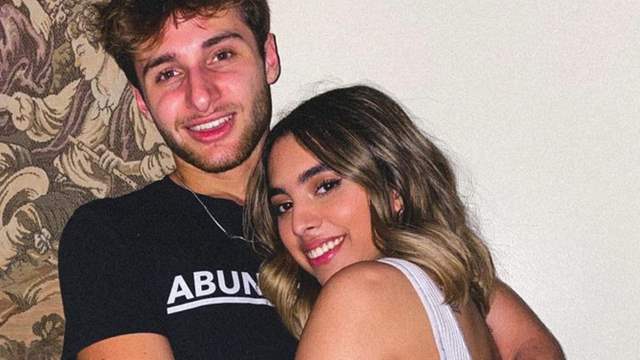 Filmmaker Anurag Kashyap's daughter Aaliyah Kashyap may not be a part of the movie business yet but she is not away from the news.

Right from her friendship with Boney Kapoor’s younger daughter Khushi Kapoor to her relationship with boyfriend Shane, Aaliyah is quite the newsmaker. She even enjoys a massive following on social media.

Aaliyah has been open about her relationship with boyfriend Shane and they often share loves up pictures together. However, recently her followers went curious if the couple has broken up.

"Did you and Shane break up??Don’t really see you guys together anymore”, asked a user in the comments section under her recent YouTube video.

Aaliyah rubbished the breakup rumours and replied back saying, "No we didn’t!! He’s just been traveling a lot so i don’t see him as often as i used to and when i do i prefer not filming it so we can actually spend time together. i’ll post something with him soon though!"

She also pinned her response to the top of the comments section as many have asked her questions regarding her relationship. "Pinned because it’s all i’ve been asked for the past 2 weeks," she wrote.

Few months ago, Aaliyah had penned a long note after receiving hate comments on Instagram over her pictures in a lingerie.

“Ever since I posted a photo of me in lingerie, I have been getting the most vile, degrading and disgusting comments. I have never felt more frightened than I have in the past few weeks to the point where I considered deleting my instagram. I have tried to ignore the harassment and shrug it off but the truth is that we need to speak about it because these kind of comments contribute to the rape culture that affects all women in India (and the rest of the world) in one way or the other”, she had written.