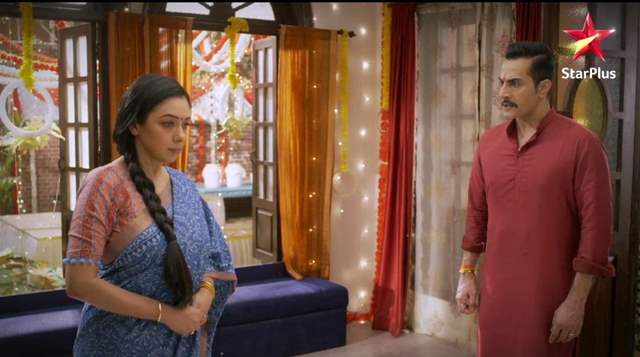 Star Plus show Anupamaa has been creating quite the buzz with the ongoing track and the story that it attempts to narrate. While the celebrations of Anupamaa (Rupali Ganguly) and Vanraj's (Sudhanshu Pandey) 25th anniversary were supposed to see the duo get married, no one knew of the shock that was coming their way. Vanraj and Kavya's affair has been almost revealed on multiple occasions, however, now that it is out even before Anupamaa, she has decided to take a stand against it.

We will see ahead how Anupamaa has put her foot down and while confronting Vanraj, she tells him how she has not said anything all this while but now, she will make her own decisions. To this, Vanraj questions her what will she do and asks her if she will give him a divorce, and to this, she goes on to tell him how she will decide if she wants to be Anupamaa Vanraj Shah or Anupamaa.

While the promo sure is interesting and promises to see Anupamaa stand up to Vanraj for good, what will happen after all? Will she give in once again or will she fight this? What do you think is going to happen? Drop your comments below.