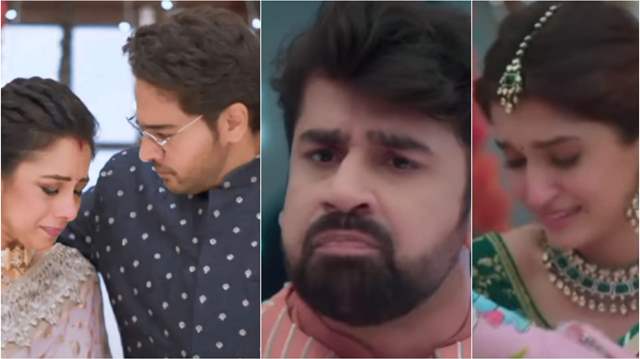 Star Plus show ‘Anupamaa’ is gearing up for a major drama. The current track of the show revolves around Toshu justyfing his fling and does not have remorse of what he has done. Anupamaa, Vanraj and rest of the family members are stunned to see how shameless Paritosh has been.

In the upcoming episodes, Vanraj throws Toshu out of the house. Leela requests him to not do the same. She blames Anupamaa for ruining everything. Further, Toshu gets revengeful and states that he will never forgive Anu for breaking his family. He curses him that she will have to face the consequences of her actions. Anupamaa stands stunned.

Leela too blames Anupamaa for her behavior. Barkha adds fuel to the fire and states that the matter could have been handled in a better way. Leela too curses Anu for ruining her grand-child’s life. Rakhi apologizes to Kinjal for not letting her know about Toshu’s fling. Rakhi states that she didn’t had the guts to reveal the truth but seeing Toshu’s casual behavior, it is certain that Anu did right.

Later, Samar asks Toshu to stay calm. He gives him his phone and asks him to contact him whenever his anger calms down. Paritosh manages to convince a friend to let him stay at his house. Toshu states that Anupamaa will have to clear the mess just how she created the same.

Anu motivates Kinjal to take charge of the situation. In the forthcoming episodes, Kinjal breaks down while Anu and Kavya are shocked to see her.