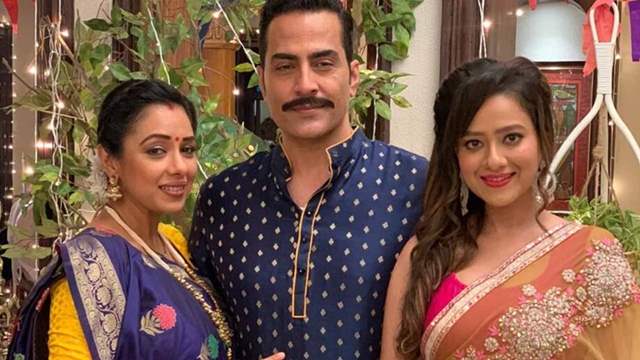 Star Plus show Anupamaa has been one of the most popular shows since it started. The makers have been trying to keep the audiences hooked to the show with twists and turns. And the recent promo is all set to have the audiences gear up for a shocking twist. It is already seen in the episode how Kavya (Madalsa Sharma) gets insecure seeing Vanraj (Sudhanshu Pandey) and Anupama's (Rupali Ganguly) strong bonding. However, Vanraj clears to Kavya that he loves her and Anupama has a place for being the mother of kids.

Now, the makers of the show have released a new promo, where Kavya makes a storming entry in Vanraj’s house. Kavya is seen knocking at Vanraj’s main door late in the night. Samar opens the door to see Kavya badly beaten up and injured. Kavya runs towards Vanraj and hugs him. She tells Vanraj that she will not leave him now and wants to be with him. Vanraj remains speechless while Anupama gets a big shock

What will Anupama do after knowing about Vanraj and Kavya’s affair?

Sanaya-hi-Rani 1 months ago More power to Anupama.. Leave these suckers

ThePhilosopher 1 months ago An ayega maza! Finally the time has come