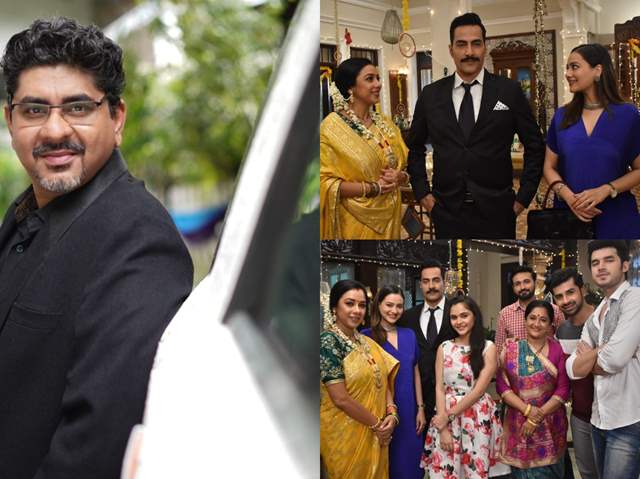 Rajan Shahi's "Anupamaa" became one of the most loved and watched shows in no time. From it's relatable content, to the various emotions it leaves you with, and even the dance and masti, it quickly became the audience's favourite. And now, the cast of the show has recorded a Raksha Bandhan special song.

The lyrics of the celebratory song has been penned by Divyanidhi Sharma and Aparajita Sharma. From Rupali Ganguly to Sudhanshu Pandey, Paras Kalnawat and Aashish Mehrotra, all the actors recorded the songs in their own voice under the guidance of Naksh Aziz and Sargam Jassu.

The song marks the first festive celebration of "Anupamaa", and will be shot on August 3, which interestingly is the occasion of Raksha Bandhan.

Sharing her experience of shooting the song, Rupali, who plays the titular character in the show, said, "In this day and age when films are remixing songs and rehashing old hit numbers, my producer records original songs for our TV shows. That feels good. I am getting the opportunity to lip sync to my own visual and it feels so good. It is such a great feeling that when every actor has recorded in their own voice, nobody saw that whether it's in the right tune or not, but the entire spirit of Raksha Bandhan comes in the song and everyone was excited that they are going to lip sync to their own voice. Thank you so much Director's Kut Productions (DKP) and Rajan Shahi for giving us this opportunity and this is going to be major memory for us in 'Anupamaa'."

"Anupamaa", which is co-produced by Rajan and his mother Deepa Shahi, under their banner Shahi Production Pvt Ltd, airs Monday to Saturday at 10 p.m. on Star Plus. The Raksha Bandhan special episode will air on August 6.