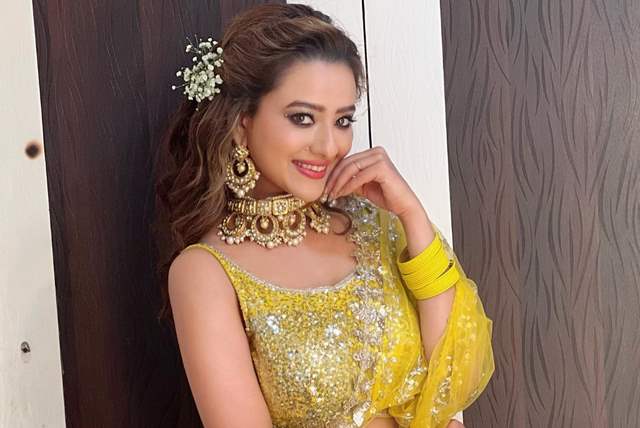 Star Plus show ‘Anupamaa’ is getting quite interesting with each passing episodes. The current track of the show revolves around Anupamaa taking a firm decision of not entering Shah house after being supremely humiliated by Vanraj, Toshu and Pakhi. Anupamaa is shattered to no means and only people to support her in this condition are Kinjal and Kavya.

Kavya’s character has taken a pleasurable turn with exeburating positivity. Kavya has been taking a stand for Anupamaa and does not shy away in calling out Vanraj, Baa, Pakhi and Toshu for being hypocrytes. Kavya has now understood Anupamaa’s worth while Anu also understands Kavya better than anyone else.

India Forums got in touch with actress Madalsa Sharma who plays the character of Kavya in the show. We asked her about the change in the character of Kavya which comes across as a pleasant breath of fresh air. She said, “I am also getting a good feedback and I thank the writers for giving  a new shade to my character”.

We asked her whether she likes to play the positive shade or the negative shaded characters, she said, “Well, I love to play a good meaty role negative or positive doesn't matter”.

I am also getting a good feedback and I thank the writers for giving a new shade to my character.

When asked if playing the negative shaded character ever affected her mental well-being, Madalsa quipped, “As an actor, we are taught to switch on and off the emotions. This training helps to overcome the performance”.

‘Anupamaa’ is produced by Rajan Shahi under his banner Directors’ Kut Productions. The show has a stellar star cast including actors like Rupali Ganguly, Gaurav Khanna, Sudhanshu Pandey, Madalsa Sharma, Arvind Vaidya, Alpana Buch among others.

Are you enjoying Kavya’s positivity in ‘Anupamaa’? Hit the comment section below.

+ 4
1 months ago Kavya for me was never a negative character but she was badly written one.Moral compass is an issue but I would mostly call Vanraj a real antagonist of the show. 😉

+ 8
1 months ago Have always liked Madalsa. She aced negative role and now she is doing amazing. Amazing amazing character.