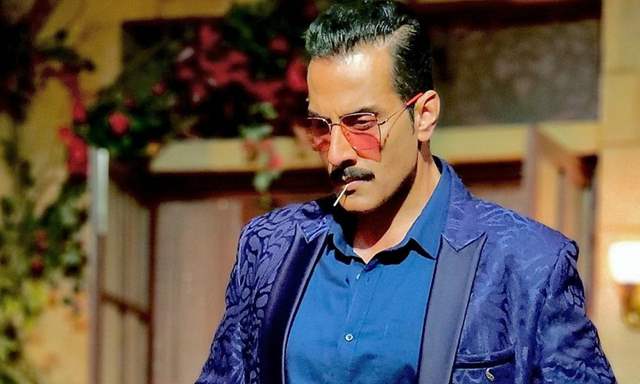 Sudhanshu Pandey aka Vanraj Shah from Anupamaa has managed to win the fans over with his portrayal of the character. While the show revolves around the entire Shah family, his character has also had a journey of its own. Given all the emotions, and nature of the character, we got in touch with him and asked him how does he keep up despite all of that.

Ask him if he has days when playing the character gets taxing, he told India Forums, ''It does have a bearing when you are playing a certain character which is like Vanraj Shah. Sometimes there are very high-intensity scenes and very intense emotions. There is one scene that has been the most iconic scene for me which is the outburst of Vanraj as a father and that exhausted me a lot. In fact, that had a bearing on me for almost a month, and even my voice was affected, and I couldn't get back my normal voice. You are emotionally drained and you are bound to get drained executing so many emotions into a certain character.''

Sudhanshu has often said how he does not relate to Vanraj, however, he does manage to play the character with finesse. Ask him how does he deal with the sense of conflict (if any) and he says, ''There is no conflict in my mind as such when I play Vanraj's character, I do debate on occasions when I feel that there are certain lines may be that Sudhanshu Pandey would like to say but then I remind myself that it is Vanraj's character and he would talk like that. But sometimes, even the directors understand when I don't want to say certain lines because it is a little off the track. That is why I say that Vanraj as a character has always been walking on a very very thin line, so even if the line is written in a very negative manner, it is the way I will say it and execute it will make sure that people will really hate me or they will hate me but they will be okay with it, or they will understand the negativity and there is a reason behind it.''

Anupamaa also features Rupali Ganguly, Nidhi Shah, Paras Kalnawat, Aashish Mehrotra, Mushkan Bamne, among others. The show recently clocked in a year since it went on-air and continues to rule the TRP charts.