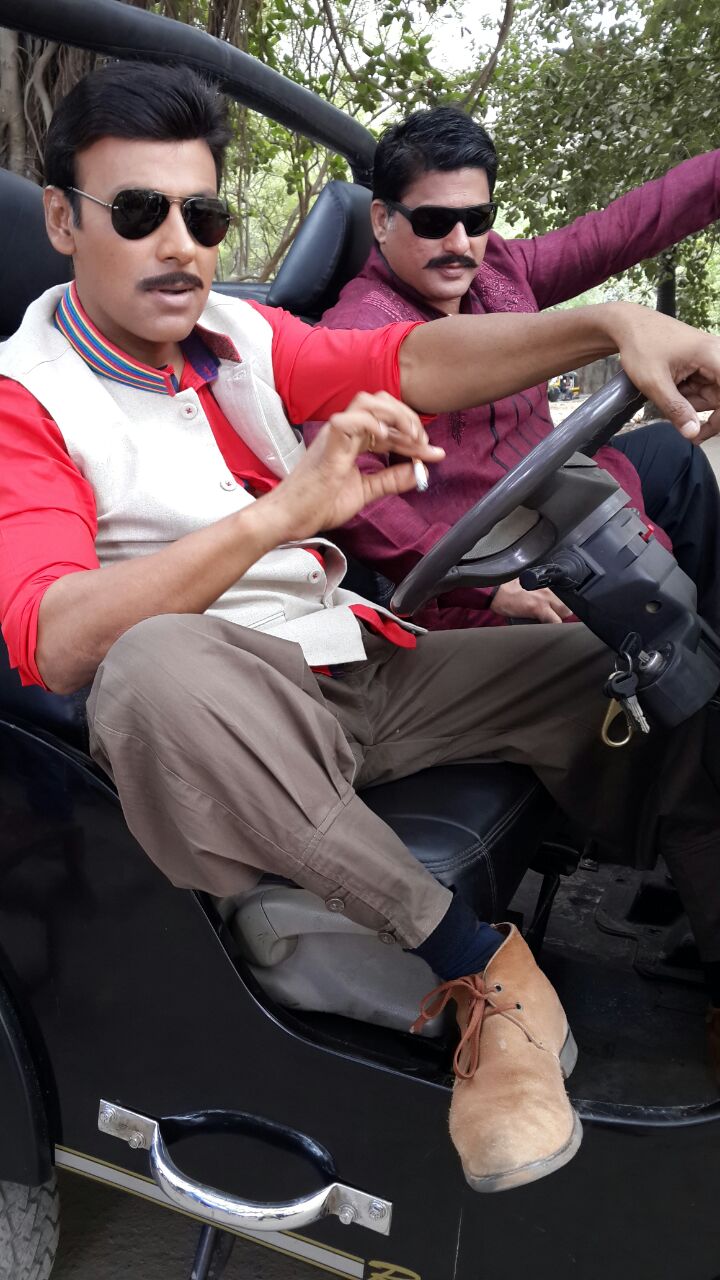 Earlier today TellyBuzz had reported about Anupam Bhattacharya entering Life OK's Gustakh Dil. TellyBuzz has got in some additional important information about him.

Anupam Bhattacharya and Ayub Khan will be seen in Doordarshan's yet to be titled show. We got in touch with the actor to know more about the show and this is what he averred.

"Yes, I am doing a show which is yet to be titled and will go on air on Doordarshan. The show has a Rajasthani back drop wherein Ayub Khan and I are shown brothers. Ayub will portray a character who has studied from abroad and is very intelligent whereas I will be playing a character of a total Rajasthani, unpad, gavthi thakur. The characters are such that both the brothers can do anything for each other."

"Jaya Bhattacharya and Amit Behl are also a part of the show and will essay the characters of husband and wife. The show will also have a negative character which will create a rift between Ayub and Amit and cause a misunderstanding that Ayub has murdered Amit. Amit's wife Jaya Bhattacharya decides to take revenge for her husband's death. While all of this is happening, Jaya and Ayub's children respectively fall in love with each other," ends Anupam.

Well, this tale of revenge and love will surely seem to attract the eyeballs of the audience's.

Keep reading this space till we get to you more details on your favorite shows.

shivani003 9 years ago I love all of em but yet to watch ZNMD tho I can tell by the promos that I will like it. Anyway any movie about friendship always seems to click with the audience. It just has appeal of its own.

Jessuu 9 years ago kkhh is my fave!!!!! beats every movie til date!!

ClaraOswald 9 years ago Great list, but Sholay is my favourite . Just love jai and veeru, the greatest dosti in bollywood cinema history.

BIackSwan 9 years ago must agree nothin can be compared to DCH!!!! im an avid srk fan but when it comes to friendship, DCH steals da charts!!!!!

loved all 3 characters but siddharth played by akshya khanna blew me away!!!!!

ibelieveinpink 9 years ago DCH will always my fav coming of age/ cult friendship film!!! Loved it to death! Dostana is def my 2nd fav and then Jaane Tu!!!! Amazing list!

mysticgoryfilms 9 years ago RDB, 3I, and of course DCH. It was obvious that was going to be #1.