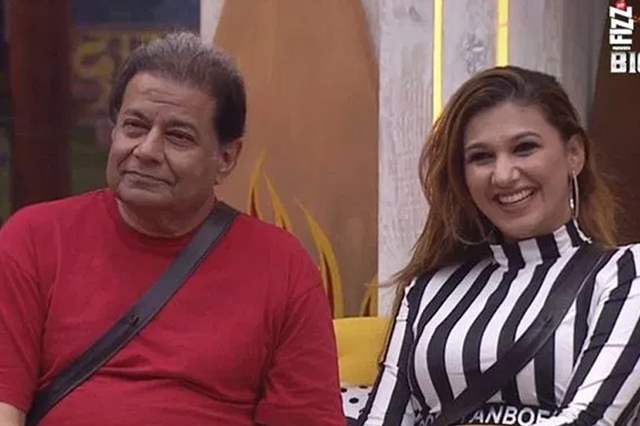 Bigg Boss 12 was a dud and there are barely a few people out there who would deny it. The 12th season had no spark whatsoever and ended up being one of the forgotten ones in all of the show's history so far. However, if there was one little flicker of a chance for the show having some potential to live up to its tag and image then that was the initial talk around the entry of Anup Jalota and Jasleen Matharu.

Jalota termed as 'Bhajan king' entered the show with her 'student', Jasleen Matharu but before anything else happened, their relationship was questioned and that became the talking point right away. Even though it seemed that the duo accepted their relationship, they went on to vehemently deny it as soon as Jalota was evicted and later when Matharu was evicted too.

Since their ouster, they maintained that they were not dating each other but weren't seen together too. However, after all this time, Jalota and Matharu have reunited yet again for a film called 'Vo Meri Student Hai'. As the title suggests, the film is a take on their real-life and will have Jalota playing a singer and Matharu playing his student.

In an interview with Bombay Times, Jalota confirmed the same and said how this film will clear all the misconceptions people had about him and Matharu. In the film, his character will be seen asking Matharu's character to dress more appropriately as she comes to learn music from him, especially because the singer hails from a traditional background.

Jalota also talked about the constant rumors of them being in a relationship where he said there was no relationship even before and there isn't even today. He said that he would want to be with a person who is his type, just like his wife Medha was. This film will be another reminder of how there is nothing between them.

Matharu also confirmed the same where she mentioned that she knew Jalota from earlier and will cherish her time with him in the Bigg Boss house. However, there is nothing between them and she played a prank on the show and they only have a guru-shishya equation with each other. She hopes this film will clear the air once and for all.

The film actually is directed by Matharu's father, Kesar Matharu, who was also one of the people who didn't believe that she and Jalota aren't romantically involved. It was only after she told him that it was a joke that he believed her.