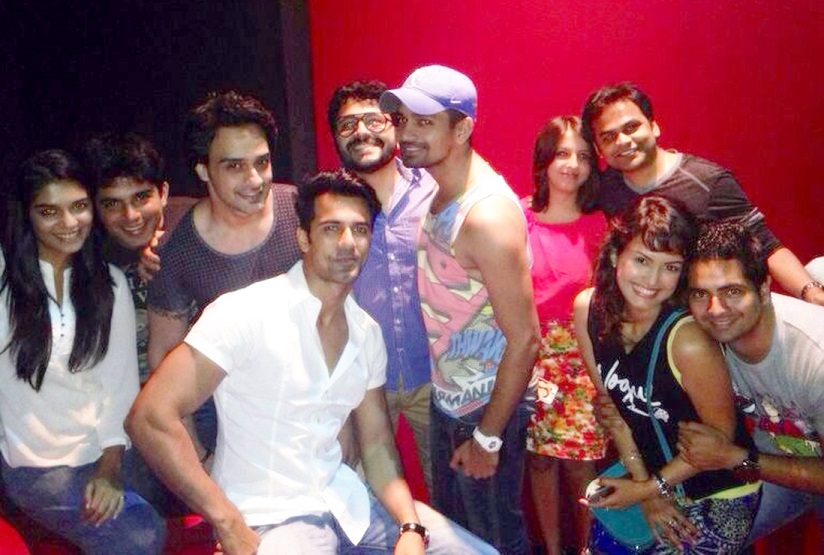 Actor Anuj Sachdeva who has made his debut in Bollywood with the movie "Hawaa Hawaii" hosted a private screening for close friends and family.
Many actors from the telly industry were seen including Pooja Gor, Raj Singh Arora, Karan Mehra and wife Nisha Rawal, Angad Hasija, Narayani Shastri, Vishal Singh, etc.
Everyone was overheard cheering Anuj for a great performance in the film.
Anuj was last seen on Indian Television in the popular TV show Chhanchhan opposite Sanaya Irani after which he did a Punjabi film titled "Haani".

+ 2
6 years ago Sanaya Irani could have been part of the screening too...;)

6 years ago I love you karan Mehra
good luck anuj