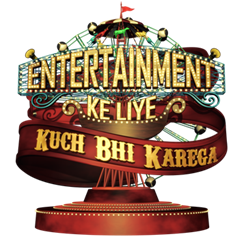 After a victorious innings of four entertaining Full On seasons that packaged non-stop entertainment with exceptional talent, Entertainment Ke Liye Kuch Bhi Karega is back with its fifth edition! With its maverick judges, Anu Malik and Farah Khan spicing up this season, the show will also have the gorgeous Mona Singh hosting the show with her impeccable style and grace. Joining Mona will be her hilarious co-host, Krushna Abhishek, who with his funny antics will ratchet up the humour quotient and take the madness to a whole new level. Gear up to be entertained and thrilled by acts of extraordinary performers with their exceptional abilities starting May 12, Monday - Thursday at 9pm on Sony TV.

Produced by Wizcraft Entertainment Pvt Ltd, 'Entertainment Ke Liye Kuch Bhi Karega' will present the best in class family entertainment. The 5th season of Entertainment Ke Liye Kuch Bhi Karega' will see acts ranging from heart-stopping bike gymnastics to an International illusion act straight from France. A fearless group of Khalsa girls performing death - defying stunts will make your heart stop. A father throwing knifes at his daughter, unbelievable acts by exceptional 3yrs olds and specially abled people. Handpicked contestants from all over the country will display their extraordinary skills and talents at the auditions, and the best among them voted by the audience and the judges, will win Rs 11,111 on the spot in cash. Additionally, the best performer of each week will receive a cash prize of Rs. 1, 00,000.

Speaking about the launch, Gaurav Seth, Senior Vice President and Head Marketing, Sony Entertainment Television said, "Entertainment Ke Liye Kuch Bhi Karega is a show that celebrates extraordinary talents in ordinary people and the uniqueness and the sheer variety of entertainment in India. This season has lots more entertainment and breathtaking acts that will leave the viewers amazed. We are thrilled to yet again have the unbeatable team of Anu Malik and Farah Khan who will be judging the show for its fifth year. We are offering a differentiated and entertaining option in prime time viewing and we hope our viewers enjoy watching it."

"Wizcraft is proud to be back with the 5th season of Entertainment Ke Liye Kuch Bhi Karega, a show that showcases unique entertainers where performers get a chance to win some money at every step unlike other shows where only one wins in the Finale. Along with the baap of entertainers Anu Malik and Farah Khan, adding a freshness to show will be the new host Krushna along with Mona, whose chemistry is infectious. We are sure this season of Entertainment Ke Liye Kuch Bhi Karega will take the entertainment quotient to another level", said Kailash Gandhi, Creative Head, Wizcraft International Entertainment.

The pagalpanti this season will be five times more with mind blowing acts, death-defying stunts, hilarious antics of Krushna Abhishek - Mona Jaswir Singh and even more wackiness by 'Shayari king' Anu Malik along with the witty Farah Khan.