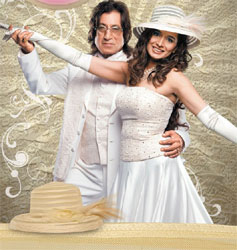 It looks like Shakti Kapoor and Shivangi Kapoor failed to impress the viewers. Their Jodi is the second to be ousted from Nach Baliye 3. Shivangi’s inability to turn up last week due to an alleged backache has proved to be disaster. Shakti ended up dancing with his choreographer’s assistant and hadn’t really managed to put up good performance. He received very low scores from the judges. This week, the theme is ‘Ched-Chaad’(mischief between the couples).

The show has broken all previous records in television ratings by getting over 10 TVR in its opening week. Star is banking on this show to get back audiences who’ve switched off from their saas bahu sagas, with Zee scoring in this genre.. 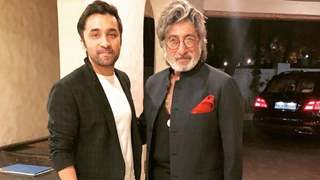 14 years ago they actually deserved to go out.....cuz only shakti ji is good in dancing not shivangi......i think the collaboration was not cool.....so they were voted out.....if the audiences took the other music reality shows more seriously and voted out the right person......it would have been so good na....

+ 3
14 years ago It had to happen and I am happy that none of the deserving candidates had to leave this mweek at least.

14 years ago Not fair
Shewta was out last year
why because Raja wasn't around..

+ 2
14 years ago good,
they deserved it, they can't dance and shakti was allowed to dance without his baliye shivangi never took it seriously either.

14 years ago they deserved. Shakti should not have been allowed to perform last week

14 years ago I feel bad for Shakti, he looked like he wanted to be part of the show, but Shivangi never looked like she took it seriously! Well it must be a relief to her.