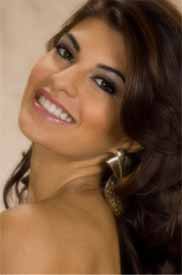 Yet another actress of B-Town will soon be seen flaunting her assets in a bikini. This time it's none other than Jacqueline Fernandes, who will be sporting the two-piece in Milap Zaveri's Jaane Kahan Se Aayi Hai. Jacqueline plays the role of an alien from the planet Venus in the movie.


She will be seen emerging out of the water like an ethereal creature wearing a yellow and blue bikini. Jacqueline was previously seen in Aladin, but failed to make an impression. However, director Milap seems to be very impressed with the actress. When asked about the bikini issue, Milap said that Jacqueline has been a model and a former Miss Sri Lanka, so she was not hesitant to wear one.


Jacqueline has now joined the official list of actresses who have worn bikinis in their movies! This list includes Bollywood biggies like Priyanka Chopra, Bipasha Basu, Kareena Kapoor and Amisha Patel.

Gudiya’s detective mode on: Who is the new guy in her town?