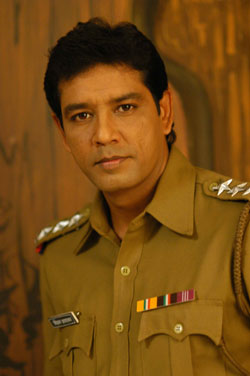 Back are the Daily Soaps, Back we are to the World of Fiction and Drama in Sony after a week-long Musical Journey with Indian Idol. Virrudh, the power-packed serial on Sony will witness more twists this week, as there will be a murder attempt on Dhirendra Raisinghania. With Raisinghania rushed the the hospital, there will enter a new character in Virrudh played by Anoop Soni.

Anoop Soni will play the role of Inspector Vikram Agarkar, the special investigating officer to investigate the attack on Dhirendra. We caught up with Anoop Soni to know more about his role and importance in the serial.

Tell us about your role in Virrudh.

Anoop: I play Inspector Vikram Agarkar, a special investigating officer working on the case of Dhirendra Raisinghania. Vikram is a very honest police officer, he is a no-nonsense kind of a tough cop who is not intimidated by the stature of Dhirendra or any of the family members. During the investigation, he is as ruthless with the Raisinghania family as he would be with anyone else. He is a person who can go to any extent to nab the culprit. 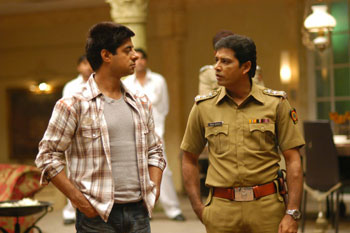 When is your entry likely to happen? How is it working with this unit?

Anoop: I will enter this Tuesday , I think. It is absolutely nice working with this team. This show is something different, has a realistic touch to the storyline. I am enjoying my stay here.

Well, who are the culprits in this case?

Anoop: Most of them in the family are suspects, so wait and watch!!

How long will your character be seen?

Anoop: Mine is supposed to be a guest appearance, which is stated to go on for 2-3 weeks. But let us see, if the character is liked and the story this way gets more interesting, the character will probably stay on.. Let us see. As of now, I am playing just a guest role.


So we have now got an insight on the character Anoop Soni will be playing. But the Million Dollar Question that still remains unanswered is that, who was the person who tried to kill Dhirendra Raisinghania? Is it Vasudha, Sushant, Vedika or Rudraksh? Who Dun It? Wanna get to know more on this mystery? Get glued to Virrudh as the suspense will unfold in the coming weeks. 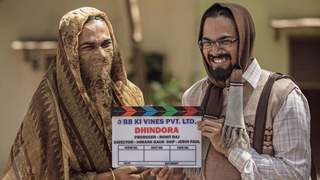 Maira1377 14 years ago A lot of people are saying she looks pretty and all that but still I only like seeing desi actors and actresses in bollywood not some brazlian girl. I just don't think of them as a beauty amoung the world. The true beauties desi females no matter how they.

IF ANYONE KNOWS WHAT I MEAN.

14 years ago she looks pretty
wish her all he best

14 years ago wow this girl is quite pretty.all the best to her.hope to see her in the movies

+ 3
14 years ago At last we will see Anoop Soni in a good role after CID special. In ghar ghar ki Kahani his talent is going waste and his role is also a mockery.

I am eagerly waiting to see him in Virruddh. Great Smirii... you are great job.

14 years ago thanx
cool article
anoop is a cool actor

+ 3
14 years ago I think Anoop is a greatr actor..would love to see more of him, but i dnt watch Virrudh

+ 7
14 years ago interesting article Anoop is a fine actor i think the show is just becoming too interesting, Thanks for such a lovely article.