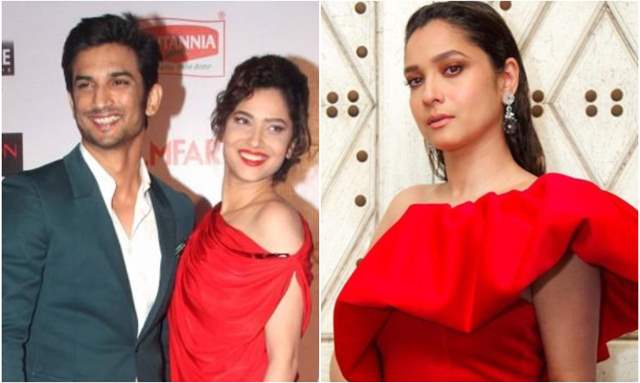 Actress Ankita Lokhande has been the talk of the town ever since Sushant Singh Rajput’s death and lately, she has been facing some backlash on social media. The Baaghi 3 actress was targeted for moving on with her life and posting happy videos just a few months after Sushant’s death.

The actress often faced negative comments and backlash over her videos, now, she has finally responded to the criticism she received from the trolls and addressed the issue in her recent video.

Taking to her social media handles, Lokhande shared a video and spoke about how she has been feeling low for the last few days. She said that she usually is very positive and doesn’t take things seriously and mentioned that she can’t talk about serious topics, but all she wants to say is that it is important to have positivity in one’s life.

Ankita further said that she motivates herself by making reels and dance videos, and she gets horrible and disgusting comments on them. “Agar aapko main achhi nahi lagti, aapko follow nahi karna chahiye,” she said.

1 months ago Wasn't she behaving like SSR's widow few months ago??? She was going around telling people about him...she was the one who told fake media journalist and new found SSR fans that he can never be depressed even when she hasn't even spoken to him for many years...ever since they broke up....now she is saying that she was depressed... depression can happen to anyone...even to the strongest person in this world...she gone so active on SM and got famous from the death of a good person....she told to trolls and media about rhea...those trollers didn't spared rhea at all...i m not saying that rhea is a saint but she is definitely not a devil....

+ 3
1 months ago Ankita broke up with Sushant way back. Much before he ended his life n people should stop giving her a hard time over it.